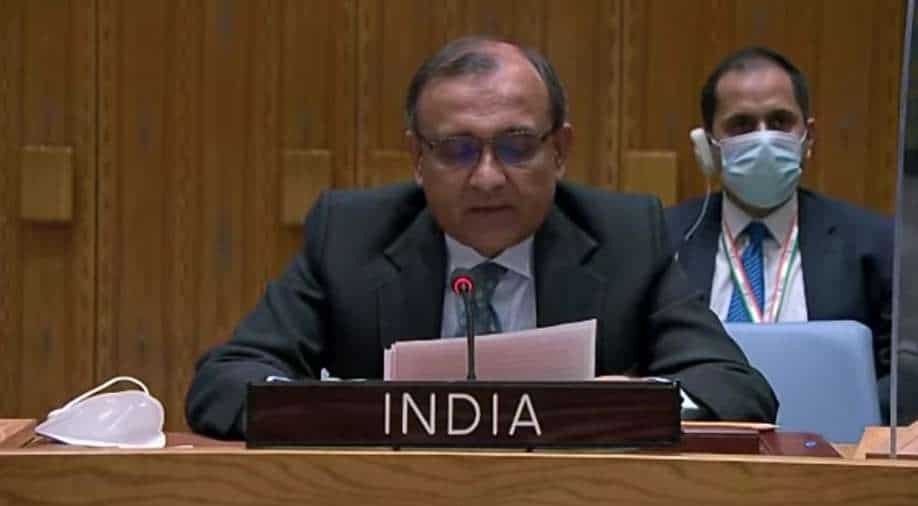 BTWC is a treaty that came into force in 1975 and prohibits the development, production, acquisition, transfer, stockpiling and use of biological weapons

India emphasised on following the Biological and Toxin Weapons Convention (BTWC) at the UNSC meeting on Ukraine.

The meeting came after a request from Russia, who claimed that the US is involved in bioweapon manufacture in the war-torn country, something that Washington has strongly dismissed.

"Noting" the "recent statements by States and wider information regarding biological activities relating to Ukraine," Indian envoy to the UN, TS Tirumurti said, "We would like to underline the importance attached by India to the BTWC as a key global and non-discriminatory disarmament convention, prohibiting an entire category of weapons of mass destruction."

BTWC is a treaty that came into force in 1975 and prohibits the development, production, acquisition, transfer, stockpiling and use of biological weapons.

A total of 183 countries are party to the treaty that outlaws bioweapons, including US, Russia and Ukraine.

The Indian envoy called for 'full and effective implementation of the BTWC in letter and spirit" and pointed out "any matters relating to obligations under the BTWC should be addressed as per the provisions of the convention, and through consultation and cooperation between the parties concerned".

The Russian invasion of Ukraine is currently in its third week, leading to Europe's worst refugee crisis since the end of second world war. Expressing "serious concern over the ongoing situation in Ukraine," envoy Tirumurti hoped that the "ongoing direct negotiations between Russia and Ukraine would lead to cessation of hostilities".

Both countries have had several rounds of talks in Belarus, with the foreign minister of both countries recently meeting in Turkey.

Envoy highlighted, "There is no other alternative except the path of diplomacy and dialogue. The dire humanitarian situation needs immediate and urgent attention."

During the recent talks PM Modi had with Ukraine and Russian Presidents, the focus was on direct talks.
Amid the invasion, India has been able to bring back over 18,000 of its nationals in 90 special flights from neighbouring countries under operation Ganga.

During the UNSC meeting, Tirumurti called on "member states to adhere to the principles of the UN Charter and international law and respect the sovereignty and integrity of states."

India has abstained at UNSC and UNGA meetings in Ukraine.