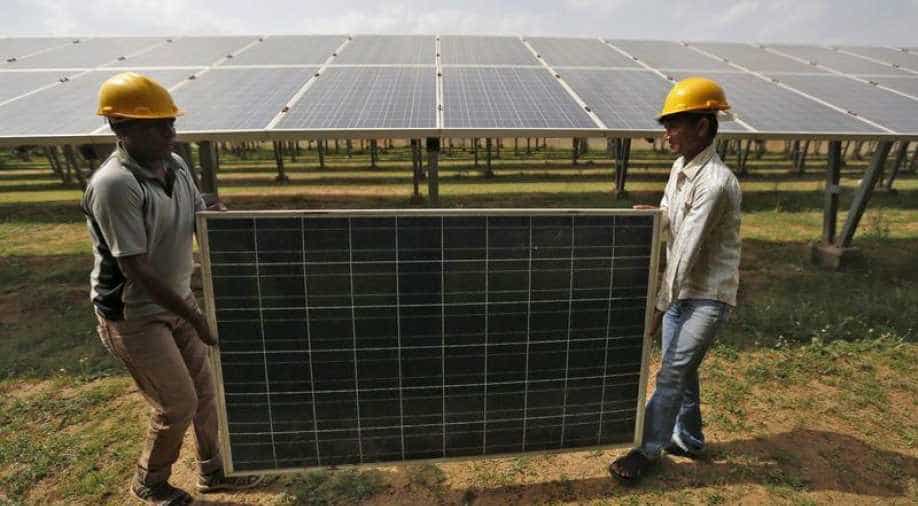 India does not currently levy a customs duty on imports of solar cells and modules, but has a safeguard duty to protect its local industry which expires in July.

India is considering imposing an import tax of 20-25% on solar modules and 15% on solar cells for a year beginning in August, its power minister said on Thursday.

India does not currently levy a customs duty on imports of solar cells and modules, but has a safeguard duty to protect its local industry which expires in July.

“In the second year, we are looking to impose a 40% tax on solar modules,” R.K. Singh, India’s Power Minister said in a virtual news conference on Thursday, adding that cells will be taxed at 25% in the second year.

The energy hungry nation imports most of its solar cells and modules from China, in a bid to meet Prime Minister Narendra Modi’s target of installing 100 gigawatts of solar energy by 2022.

Electricity generation from non-fossil fuel sources has been steadily rising and is expected to reach 40% by 2022, and over half of total output by 2030, Singh said.

Tensions between India and neighbouring China have been rising since May. Soldiers from the nuclear-armed countries fought with rocks, metal rods and wooden clubs at the Galwan Valley this month after a weeks-long standoff.

Major Indian traders have called for a boycott of Chinese goods, while some trade associations and stakeholders have argued that it may not be feasible.

Singh also said that there was a “good case” to extend a deadline for emissions standards, which involve installing Flue Gas Desulphurization (FGD) units that cut emissions of sulphur dioxide - known to cause lung diseases.

India’s Supreme Court on Monday rejected a request by power producers to extend a deadline to install equipment to cut emissions by two years to 2024. Power producers had asked the government to join them in asking the supreme court for an extension earlier this month.