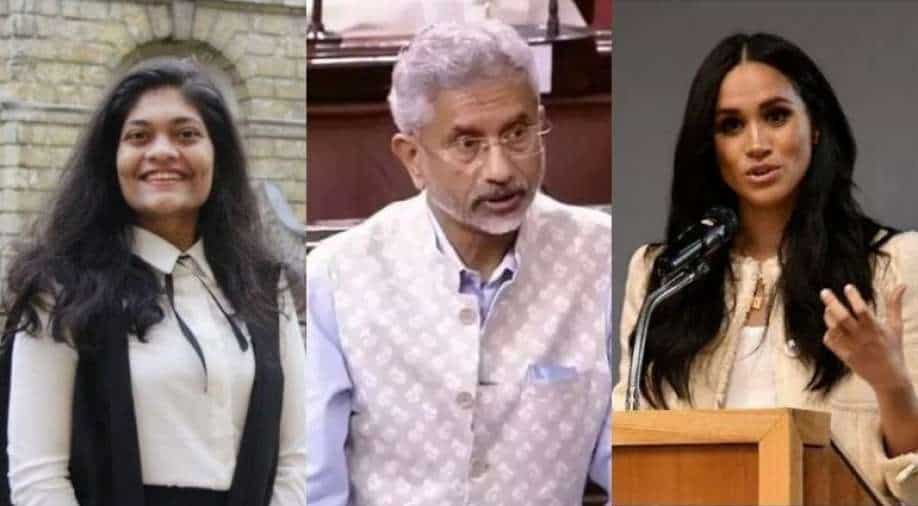 This is the first time that issues like racism in the UK have been raised in the Indian Parliament. India's External Affairs Minister Dr S Jaishankar expressed concern, highlighting that the matter will be taken up with Britain with "great candor".

In the backdrop of the allegation of racism by Duchess of Sussex Meghan Markle against the British Royal family and similar problems faced by the first Indian origin woman president of Oxford University union Rashmi Samant, the issue of racism in the UK was raised in the Indian Parliament on Monday.

Ashwini Vaishnav, a BJP MP from Odisha raised the matter, seeking the government's response on the issue.

Samant had resigned as the president of the Oxford University's student union, Vaishnav pointed out. "She was cyberbullied to the point that she had to resign and even the Hindu religious beliefs of her parents were publicly attacked by a faculty member," he said.

Samant, with roots from Karnataka's Udupi, was criticised online for some of her social media posts.  A student of MSc energy systems at Oxford University, Samant was forced to resign within five days of her appointment in the wake of cyberbullying over posts which were labelled anti-Semitic and racist.

This is the first time that issues like racism in the UK have been raised in the Indian Parliament. India's External Affairs Minister Dr S Jaishankar expressed concern, asserting that the matter will be taken up with Britain with "great candor".

"Let me commend the honorable member for bringing up such an important issue. I note the sentiment of the house, government does," Jaishankar said.  "As the land of Mahatma Gandhi, we can never turn our eyes away from racism wherever it is, particularly so in a country where we have such a large diaspora."

He explained, "As a friend of the UK, we also have concerns about its reputational impacts. What I do want to say sir is we have strong ties with the UK, we will take up such matter with great candor when required".

"We will monitor such development very very closely, we will raise it when required, and will always champion the fight against racism and other forms of intolerance," he added.

Interestingly, earlier this year the UK House of Commons's Westminster hall had discussed India's farm laws, with British lawmakers discussing the ongoing protests against it.

This had irked New Delhi, which had summoned British High Commissioner and handed over a strong demarche.