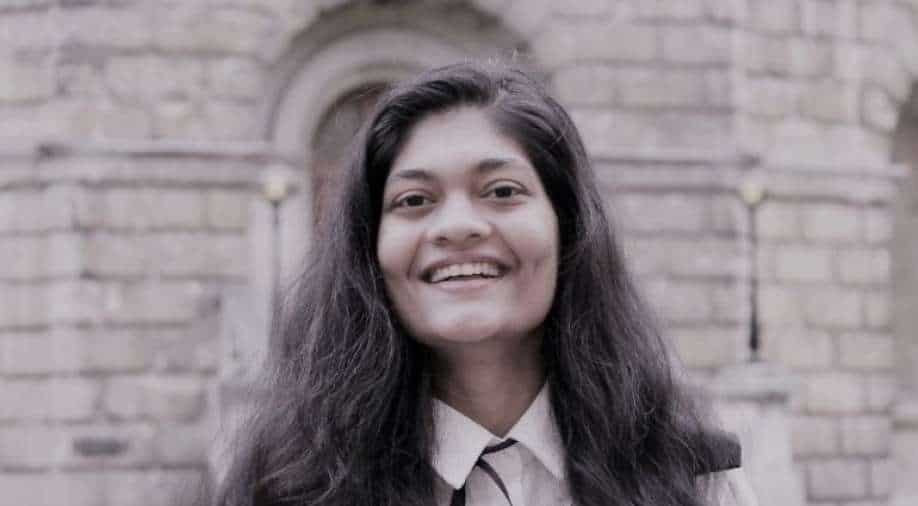 'When I thought I could not be humiliated even more, my account was suspended. Restored after 36 hours with zero followers. Freedom of Speech?,' Rashmi Samant tweeted

Indian-origin Rashmi Samant was the first Indian woman to be elected as the President of the Oxford University Students Union. However, her achievement was short-lived as she was forced to resign within a few days.

A student of MSc energy systems at Oxford University, Samant was forced to resign within five days of her appointment over several of her social media posts which were labelled to be anti-Semitic and racist.

While she did issue a public apology for 'unintentionally' hurting anyone's emotions, the Udupi-origin woman believes she was unfairly targeted as a 'conscious attempt'.

"I believe the cancel culture mob got me. There was a conscious attempt made to unearth posts made by me in the past (going back to 2017). These posts were always there. But no one raked up any issue during the election process. It was only after I won that they were brought up. I believe my posts were not malicious or racist. To take offense you have to perceive it in certain manner. Perhaps, people assume the worst in fellow human beings these days," she told Indian Express.

However, Oxford's Campaign for Racial Awareness and Equality (CRAE) has dismissed her claims. "In this instance, there is clear evidence of wrongdoing and no suggestion of malicious intent; as such, CRAE is confident in its firm recommendation that the President-Elect should stand down from her position," the body said in a Facebook post.

Her statement also comes as the social media platform, Twitter, has now suspended her account, after days of the incident.

"When I thought I could not be humiliated even more, my account was suspended. Restored after 36 hours with zero followers. Freedom of Speech?," she tweeted.

When I thought I could not be humiliated even more, my account was suspended. Restored after 36 hours with zero followers. Freedom of Speech? https://t.co/yXgblIDAcs

The social media posts in question included a picture of the Oxford student in front of the famous Berlin Holocaust Memorial with the caption reading, "The memorial casts a hollow dream of the past atrocities and deeds".

She had also uploaded an image from Malaysia with the caption "Ching Chang", which was perceived to be racist. Some of her comments were also highlighted as objectionable towards the LGBT community as she had used 'trans women' instead of just 'women'.

Samant feels it is unfair to judge a person on the basis of social media captions, especially when they are from a "non-native English speaking teenager" and was posted "years before the person formed convictions on issues of race".

CRAE is greatly concerned by the actions of the current SU President-Elect which have recently been brought to light....

"They were the posts of a teenager who just had access to the world of social media. I again reiterate my apology to those genuinely hurt for my ignorance but not to those with malicious intent," she told the Indian media house.

Although Samant had issued a public apology, the Oxford Students Union Campaign for Racial Awareness and Equality (CRAE) and Oxford LGBTQ Campaign demanded her immediate resignation.

"Although we cannot assume the intentions of Ms. Samant, we believe that it is ultimately the impact of her actions that are important here: she has hurt the East-Asian, Jewish, and trans communities," CRAE's post read. "Not only did she post racially insensitive captions on social media, but she has also proceeded to deny the harm caused by her actions when questioned."