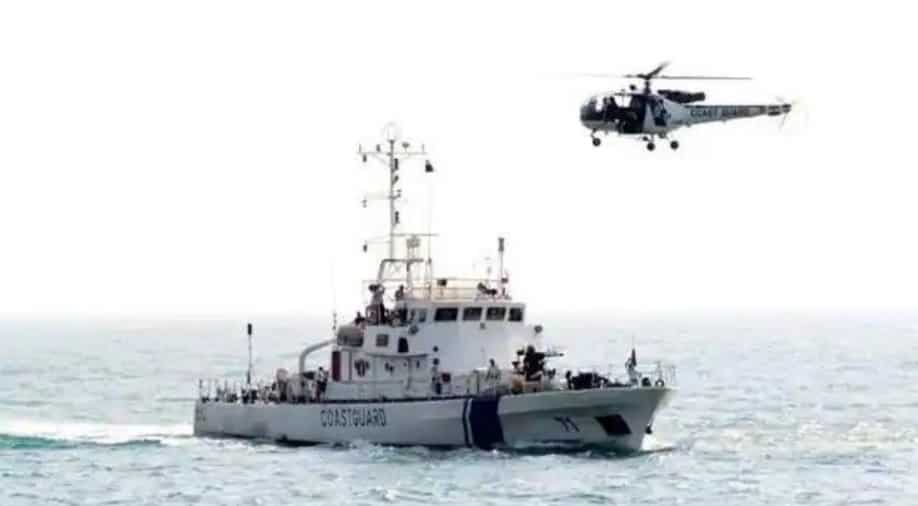 Coast Guard ship ICGS Abhiraj, alongside ICGS Aadesh and a Dornier aircraft, have been pressed into service to rescue the missing fishermen.

For the third day, Indian Coast Guard assets remain deployed for a search operation off India's southern coast. The search operation commenced on Monday evening after information of a country boat having capsized off Manapad, Tuticorin district, Tamil Nadu and two fishermen having gone missing came to light.

Coast Guard ship ICGS Abhiraj has been engaged in search operations since Monday evening and has also been joined by ICGS Aadesh from Tuesday. On Tuesday, Wednesday and Thursday, a Coast Guard Dornier aircraft has also been deployed as part of the aerial search.

A search operation that began on Monday evening for 2 missing fishermen off #tuticorin #tamilnadu is still underway… @IndiaCoastGuard has deployed 2 ships and a Dornier aircraft(seen in video) for the search efforts..

ICGS Aadesh is also carrying five local fishermen on board and continues to be engaged in the efforts to locate and rescue the two missing persons. The southwest monsoon has intensified over adjoining state Kerala and the weather system (upper circulation) over coastal Tamil Nadu, resultant inclement conditions at sea also is proving challenging.