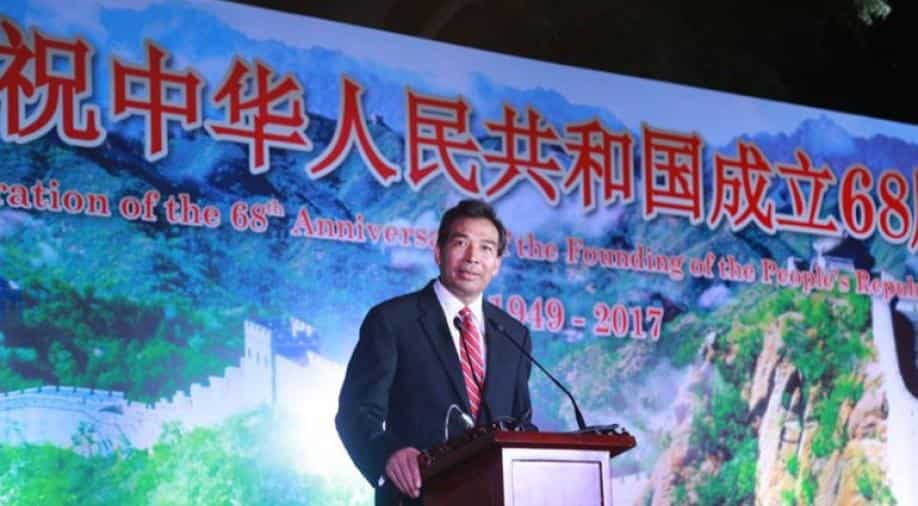 India and China plan to cooperate more on Afghanistan in the coming days and months.

Speaking exclusively to WION, China's Ambassador to India Luo Zhaohui said: "Training of diplomats is just first step. I am sure in future dates, discussion going on how to upgrade and cooperate on other concrete projects. This is just beginning for China India to cooperate on Afghan issues. It's implementation of Wuhan spirit."

This came on a day when India started the training of Afghan diplomats as part of the outcome from Wuhan. India and China, after the informal summit in Wuhan between Indian PM Narendra Modi and Chinese President Xi Jinping, agreed on several things including joint projects in Afghanistan. The training of 10 Afghan diplomats which will take place for two weeks from October 15 to 25 is part of the informal summit that took place in Wuhan. In the second leg of the training, the Afghan diplomats will go to China to be trained by the foreign ministry in Bejing.

The Chinese ambassador also called for "China India plus" cooperation. He added that "China-India Plus cooperation should be extended from Afghanistan to other countries such as Nepal, Bhutan, Maldives, Iran and Myanmar. We can also join hands under the mechanisms of SAARC, BIMSTEC and BCIM to promote
regional peace, stability and prosperity."

Chinese media reports have suggested that India and China are planning a rail link connecting Afghanistan and Uzbekistan.

Highlighting India and China's "common interests and similar stance" on Afghanistan, Ambassador Zhaohui said both of "us support an Afghan-led and Afghan-owned peace reconciliation process. Both of us uphold that Afghanistan should realise peace, stability and prosperity. Both of us are against terrorism."

Further focusing on connectivity, he said, "We are talking a lot about the regional connectivity initiatives, such as International North-South Transport Corridor, India-Afghanistan-Iran transit and trade arrangement, and China-Pakistan-Afghanistan cooperation. All of these have provided a solid foundation for the current and future cooperation between China and India in Afghanistan."

Other than joint cooperation on Afghanistan, a number of high-level visits were agreed on as part of the informal Wuhan summit.

At the end of this week, Chinese State Councillor and Minister of Public Security Zhao Kezhi will visit India. In December, Chinese State Councillor and Minister of Foreign Affairs Wang Yi will visit India and launch the first China-India High-Level People-to-People Exchanges Mechanism. The mechanism will be headed by External Affairs Minister Sushma Swaraj and Yi.