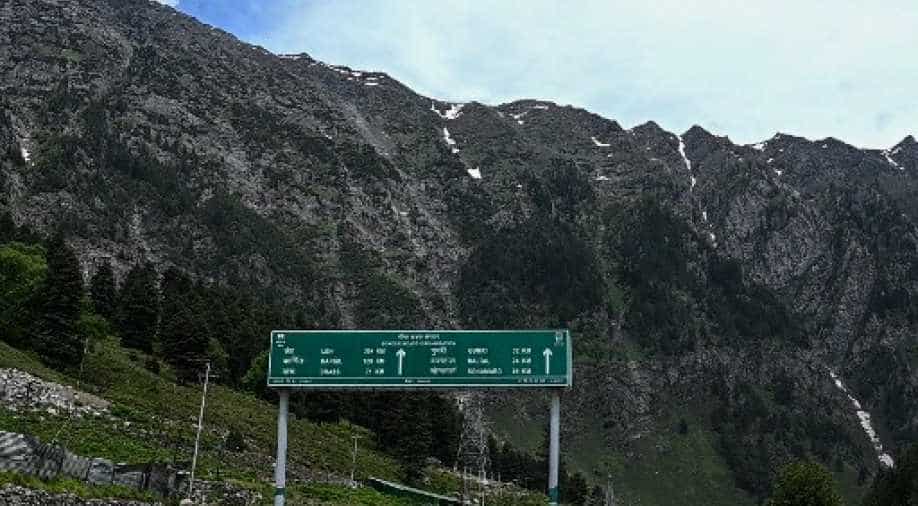 A roadsign displaying distances to Leh, the capital of the union territory of Ladakh, is seen along the Srinagar-Leh National Highway in Sonmarg Photograph:( AFP )

In order to avoid accidental friction, patroling has been suspended in the disengaged area temporarily but both India and China have not given up the right to patrol after the clash at Galwan Valley

Monday saw confirmation on the disengagement amid days of heightened tensions between India and China after the violent face-off at the Galwan Valley on June 15 that saw the deaths of 20 Indian soldiers. The Chinese side also suffered casualties but haven't confirmed the numbers.

Meanwhile, to avoid accidental friction, patroling has been suspended in the disengaged area temporarily but both sides have not given up the right to patrol.

During the talks, both sides "agreed that it was necessary to ensure at the earliest complete disengagement of the troops along the LAC and de-escalation from India-China border areas" for full restoration of peace and tranquillity and in this regard "they further agreed that both sides should complete the ongoing disengagement process along the LAC expeditiously", the Indian read out on the talks stated.

The Chinese readout also called for "complete disengagement of the front-line troops as soon as possible."