India-China informal summit was a good idea, will continue to have such meetings: Xi Jinping 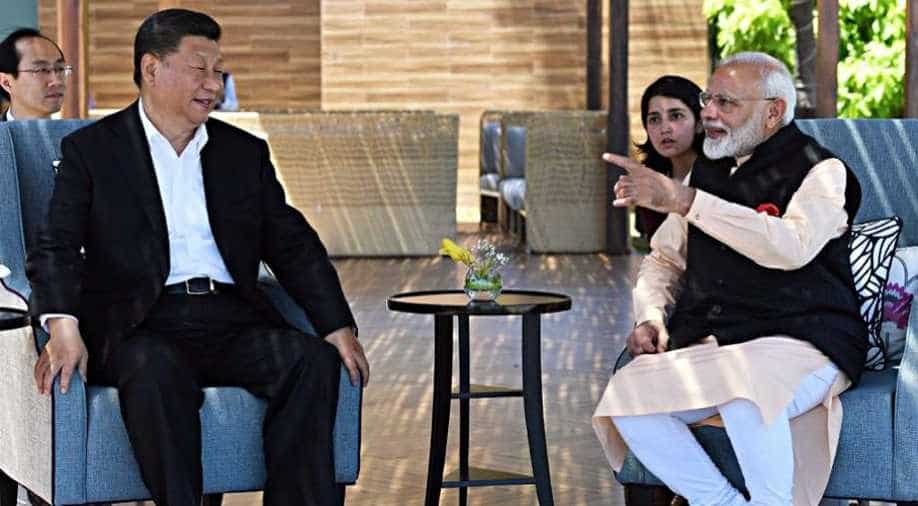 Xi also said that he had 'heart-to-heart' and 'candid discussions like friends' with PM Modi on bilateral ties.

India and China made the right decision to have this informal summit, Chinese President Xi Jinping said on Saturday during the delegation-level talks with Prime Minister Narendra Modi at the second informal summit in Tamil Nadu's Kovalam.

"We have made the right decision to have this informal summit and we can continue to have these kinds of meetings," Xi said.

Xi also said that he had "heart-to-heart" and "candid discussions like friends" with PM Modi on bilateral ties.

"Yesterday Prime Minister as you said, you and I had engaged in candid conversations like friends, heart to heart discussions on bilateral relations," said Xi, during India-China delegation-level talks.

While praising the hospitality accorded to him and his delegation, Xi said, "We are overwhelmed by your hospitality. we really feel your sincere welcome during this visit".

"This initiative was put forward by you, accepted by me and it was indeed a good idea. The informal summit has resulted good," Chinese President also said as the delegation-level talks concluded.

Xi's short visit to India came to an end this afternoon as he left for Nepal in the second leg of his trip.

Upon his arrival, President Xi was accorded a grand welcome by people who lined the streets along with traditional drum players, creating a warm environment which personified the Indian belief of 'Atithi Devo Bhava'.

Prime Minister Modi took the visiting Chinese dignitary to three iconic monuments - Arjuna's Penance, Krishna's Butter Ball and the Shore Temple in Mamallapuram- before settling down for a colourful performance.

During the tour, Modi also gave a guided tour of the monuments to Xi.

The two leaders enjoyed a thrilling cultural performance at Shore Temple's complex in the evening.