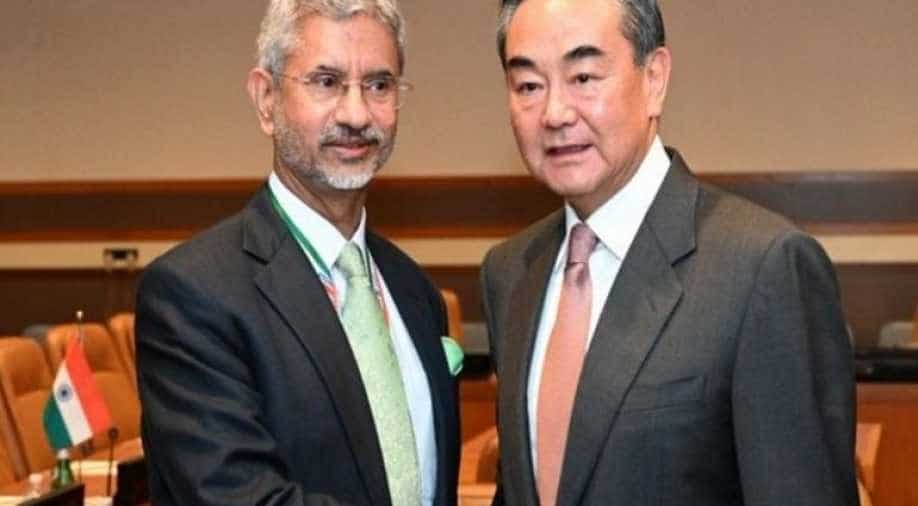 In a joint statement, India and China have agreed on a five-point plan to resolve more than four-months long border crisis in eastern Ladakh to maintain "peace and tranquillity" in the region and avoid actions that escalate the matter.

The plan was finalised during talks between External Affairs Minister S Jaishankar and his Chinese counterpart Wang Yi on Thursday in Moscow on the sidelines of a Shanghai Cooperation Organisation (SCO) meet.

The Indian Ministry of External Affairs (MEA) on Friday issued a joint press statement featuring the points that were agreed upon by New Delhi and Beijing during the "frank and constructive" discussions yesterday at the foreign ministry-level.

"The two foreign ministers agreed that the current situation in the border areas is not in the interest of either side. They agreed, therefore, that the border troops of both sides should continue their dialogue, quickly disengage, maintain proper distance and ease tensions," the statement said.

"The two ministers agreed that both sides shall abide by all the existing agreements and protocol on China-India boundary affairs, maintain peace and tranquillity in the border areas and avoid any action that could escalate matters."

The foreign ministers also decided to take confidence-building measures once the Ladakh situation eases to maintain peace and tranquillity in the border regions.

It also said that the Working Mechanism for Consultation and Coordination on India-China border affairs (WMCC) should continue its engagements.