India calls out UN selectivity on missing out Indic religions 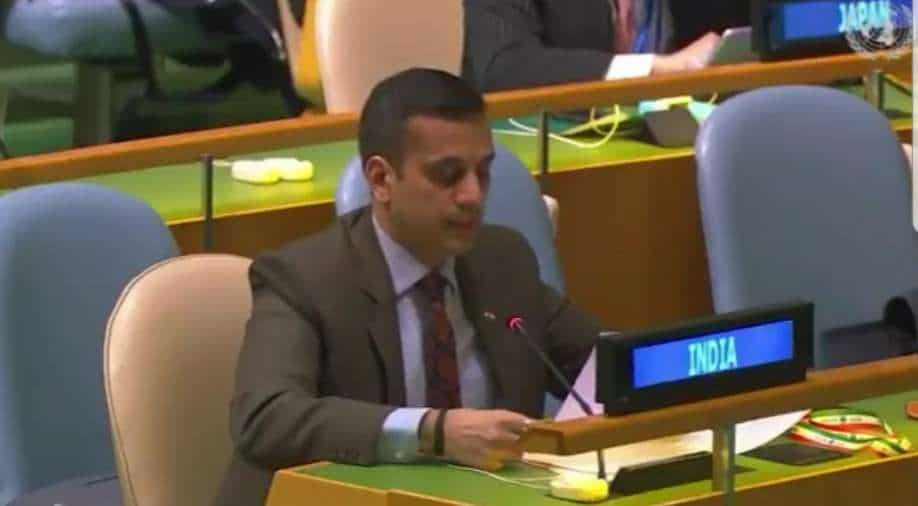 India's First Secretary to UN, Ashish Sharma said, "We fully agree that anti-Semitism, Islamaphobia and anti-Christian acts need to be condemned and India firmly condemns such acts. However, UN resolutions on such important issues speak only of these three Abrahamic religions together."

India's First Secretary to UN, Ashish Sharma said, "We fully agree that anti-Semitism, Islamaphobia and anti-Christian acts need to be condemned and India firmly condemns such acts. However, UN resolutions on such important issues speak only of these three Abrahamic religions together."

Explaining, "This august body fails to acknowledge the rise of hatred and violence against Buddhism, Hinduism and Sikhism also...but the current Member States refuse to speak of these religions in the same breath as the first three “Abrahamic” religions."

India pointed out the persecution of followers of Indic or Dharmic religions, highlighting how Bamyan Buddha was destroyed by the fundamentalists, the terror attack on Sikh gurudwara in Afghanistan earlier this year killing 25 Sikh worshipers and killing of Hindus and Sikhs in several south Asian countries.

India's First Secretary asked "Why is this selectivity? It is time that attacks against these religions are also added to the earlier list of the three Abrahamic religions when such resolutions are passed. Culture of peace cannot be only for Abrahamic religions."

Culture of peace is an annual resolution passed by the UN and calls for promotion of peace, non-violence etc.  Overall, Hinduism has more than 1.2 billion, Buddhism has more 535 million, and Sikhism around 30 million followers but seldom any UN resolution has talked about the persecution of these communities.

In fact, India also brought to notice, how Pakistan recently "arbitrarily transferred" the management of Kartarpur Sahib Gurudwara from a Sikh Community body to a totally non-Sikh body.

The Indian diplomat said, "This act goes against Sikh religion and its preservation and protection".

He said, till when will we be "mute witness to Pakistan driving away their minorities by threat, coercion, conversion and killing. Even people of the same religion are not spared due to encouragement given to sectarian killing."

While the minority population has substantially reduced in the country, even the Ahmadiyya sect which follows many tenants of Islam are considered heretics.