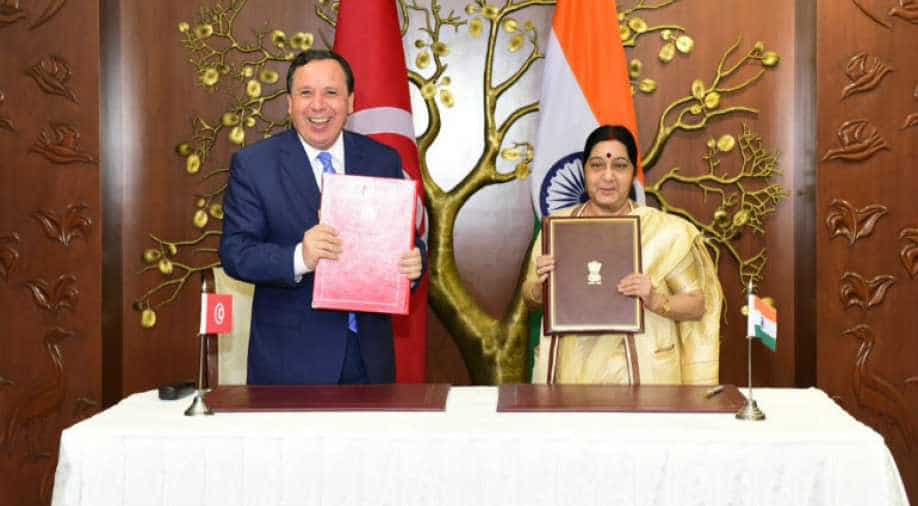 India has had an uneasy relationship with the Organisation of Islamic Cooperation (OIC), but Tunisian foreign minister Khemaies Jhinaoui’s latest statement might soon change that.

Unlike other OIC members like Turkey, which advocates multilateral dialogue between India and Pakistan over Jammu and Kashmir, Tunisia says the issue is best resolved bilaterally.

“We would like to see India and Pakistan sit together and amicably solve through negotiation. We don't like to interfere in the domestic affairs of both countries,” Jhinaoui told exclusively to WION.

Tunisia is a member of the 57-nation OIC, so the minister's statement would come as a shot in the arm for India.

In July, the OIC had adopted a resolution during a foreign ministers’ meeting in West African city of Abidjan that the unresolved Kashmir issue was posing a threat to the peace and security of the region.

The Indian government had reacted strongly to that resolution. “India notes with utmost regret... factually incorrect and misleading references to matters internal to India, including the Indian state of Jammu and Kashmir, which is an integral part of India. India out rightly rejects all such references. The OIC has no locus standi on India’s internal affairs. We strongly advise the OIC to refrain from making such references in future,” the Ministry of External Affiars said in a rejoinder.

Tunisia's stand is in contrast to Turkey's. In an interview to WION earlier, Turkey’s President Recep Tayyip Erdogan had favoured a multilateral dialogue to resolve the Kashmir issue.

He had hinted at mediation by Turkey too.

But India has consistently called for a comprehensive bilateral dialogue with Pakistan, insisting that there is no room for a third-party role. Foreign Minister Sushma Swaraj has said that talks and terror cannot go hand in hand.

Jhinaoui, who met Swaraj on Monday, too echoed similar sentiments. “We discussed possibility of... together fighting terrorism, which is a common threat to humanity... we decided to have more contacts for exchange of information and to have the right tools to fight terror,” Jhinaoui said about the meeting.

He also said Tunisia is proof that Islam is not antithetical to democracy and that should interest Pakistan.