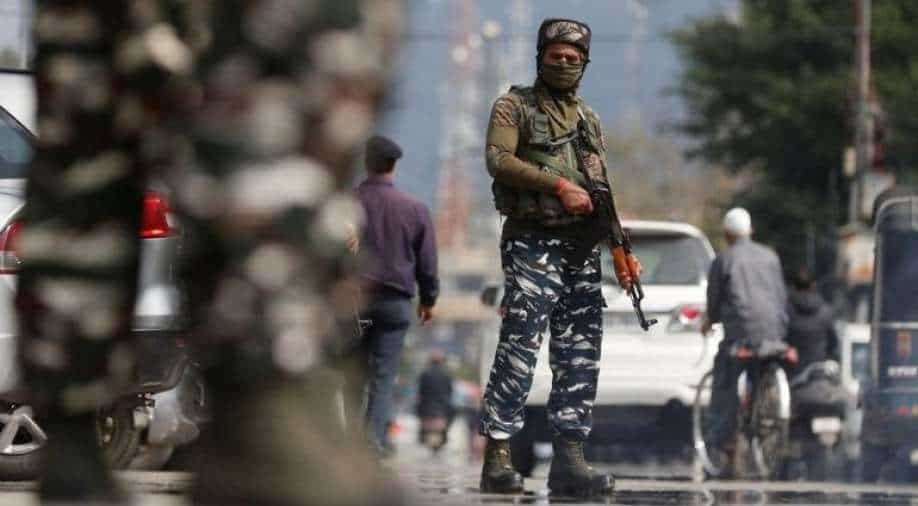 Earlier today, a terrorist barged into the bank premises of the Ellaquai Dehati Bank branch at Areh Mohanpora in Kulgam district

16 civilians have been killed in targeted attacks in the Kashmir Valley since January. Small arms like pistols used in all attacks

Sixteen civilians have been killed in the Kashmir Valley Since January. The rise in target killings is a big challenge for the security forces. The use of small arms like pistols is the new modus operandi of terror groups.

Earlier today, at around 10:30 am (local time), a terrorist barged into the bank premises of the Ellaquai Dehati Bank branch at Areh Mohanpora in Kulgam district and shot dead the bank manager Identified as Vijay Kumar, 29.

Kumar belonged to the Rajasthan state of India. He was posted with the Ellaquai Dehati Bank at Areh Mohanpora in Kulgam district for the last 3 years.

Jammu and Kashmir Police released CCTV footage of the incident, in which terrorists can be seen entering the bank premises and shooting the bank manager from a point-blank range with a pistol.

"Terrorists fired upon a bank employee (manager) at Ellaqie Dehati Bank at Areh Mohanpora village in Kulgam district. He received grievous gunshot injuries in this terror incident. He is a resident of Hanumangarh, Rajasthan. Area cordoned off"' said Vijay Kumar, IG Kashmir.

The incident happened just two days after the killing of a Hindu schoolteacher in the same district of Kulgam. A schoolteacher was shot dead by terrorists in the Gopalpora area of South Kashmir’s Kulgam district on May 31.

The teacher was identified as Rajni Bala and was shot dead right outside the Government high school, Gopalpora. Rajni Bala was a migrant Hindu scheduled caste and a teacher by profession and was posted in Kulgam in 2017.

Rajni’s husband had dropped her on the main road that day and as she entered the lane, two terrorists shot her from a close range with a pistol. The locals had rushed to the spot and taken her to hospital, but she didn't make it.

The local news agencies have said that the terror outfit, The resistance Front 'TRF' has claimed the responsibility for the attack. The Political parties in the valley have condemned the attack on the Bank Manager.

"So very sorry to hear about the targeted killing of Vijay Kumar. Tweeting to condemn an attack and condole a death are becoming a mind-numbingly regular thing. It’s heart-breaking to see families destroyed like this," said Omar Abdullah, Former CM of Jammu and Kashmir.

On May 25, Famous Kashmiri television, and social media actress Ambreen Bhat was killed by terrorists right outside her house. Her 10-year-old nephew had sustained bullet injuries as well. Ambreen was associated with TV for over 18 years, and she was the lone bread earner of the house. Her Father kept saying that Ambreen was his son during her funeral. The Jammu and Kashmir Police had said that three Lashkar terrorists were involved in the killing on Ambreen. She was shot at from a close range with a pistol.

On May 12, a Kashmiri Pandit, Rahul Bhat was shot dead by terrorists inside his Tehsil office. Rahul was an employee of the revenue department in Kashmir. He had been given a job under the PM package for the rehabilitation of Kashmiri Pandits in the Valley. Police said that Rahul was shot at by 02 terrorists using pistols for the crime.

The Government in a meeting yesterday decided that all the non-locals and minority community employees will be posted in secure locations in the Valley. However, the Kashmir Pandit community has been demanding that they should be shifted to the Jammu region till the condition in the valley becomes conducive.