In India, politicians are accountable but regulators are not, says Arun Jaitley 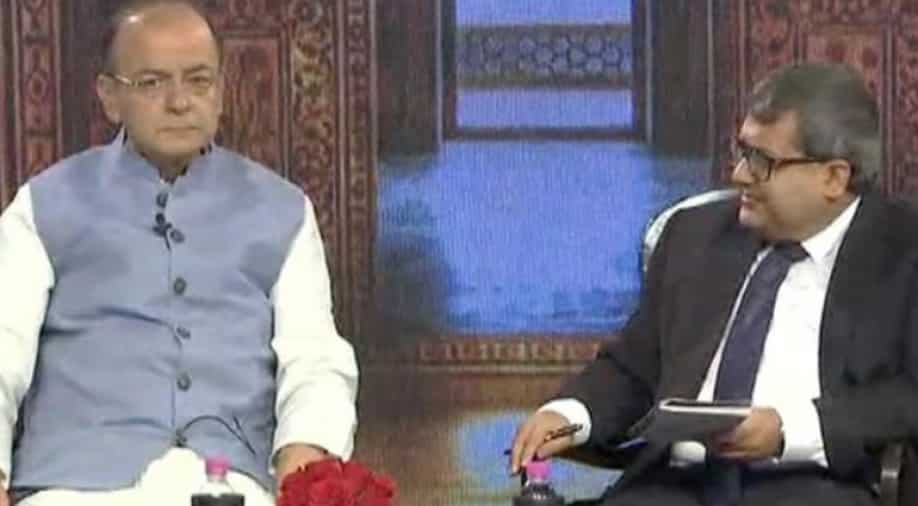 Speaking at the ET Global Business Summit 2018 here, Jaitley said the repeated occurrence of fraud causes major setbacks to efforts for improving ease of doing business, and this subsequently creates room for criticism on the economy. Photograph:( ANI )

In a sharp reaction to the detection of banking frauds, Finance Minister Arun Jaitley on Saturday targeted wilful defaulters, calling them “scars on the economy" and took a dig at banking regulators, saying in India only politicians faced flak for such issues while regulators manage to skip the heat.

Speaking at the Global Business Summit, Jaitley said incidents of bank frauds will impact ease of doing business in India.

“The old concept that the money that has been borrowed may or may not be returned has to end now. The law would be tightened to ensure criminal acts in business punished wherever the culprit is,” Arun Jaitley said at the event.

“Cases of willful default is something which is much more than a business failure and also bank frauds. If you periodically have incidents like these, the entire effort of ease of doing business goes to background and these scars on the economy take the front seat,” Jaitley said.

Highlighting the role of regulators in the economy, Jaitley hinted at the introduction of new regulations, adding that they need to keep a "third eye" on the sector. He also said tighter laws need to be implemented to ensure criminal acts in business lead to punishment, wherever the culprit is.

"Unfortunately, in the Indian system, we politicians are accountable, but regulators are not," he added.

In lieu of the 1.77 billion dollar Punjab National Bank (PNB) fraud involving top jewellery designer Nirav Modi, and his uncle Mehul Choksi, Jaitley had earlier stressed on the need for supervisory agencies to assess what new systems had to be put in place to find those who were cheating banks.

"What were auditors doing? If both internal and external auditors have looked the other way and failed to detect, then I think CA professionals must introspect. Supervisory agencies also must introspect what are the additional mechanisms they have to put in place," he said.