In first polls sans Karunanidhi and Jayalalithaa, battle of legacy in Tamil Nadu 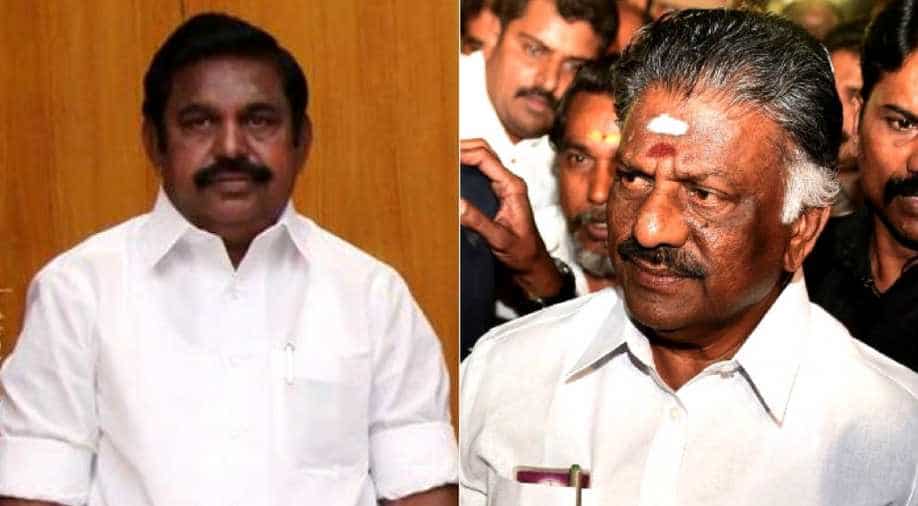 The last time the two parties faced off in the electoral battlefield was in December 2017 during the RK Nagar assembly bypoll.

It's election time again in Tamil Nadu with traditional rivals DMK and AIADMK taking on each other, as they have for decades, but missing from their high decibel campaign this time are two powerful voices — M Karunanidhi and J Jayalalithaa.

Election 2019 is the first in the state without the two Dravidian stalwarts and both the parties are slugging it out to continue their legacy, even as the likes of Kamal Haasan and T T V Dhinakaran plan to play spoilsport.

AIADMK chief Jayalalithaa passed away in December 2016 after 75 days in the hospital. Her long-time rival, DMK supremo Karunanidhi, died on August 7, 2018.

As election clouds gather, the AIADMK led by O Panneerselvam and K Palaniswami is going all out to dedicate a "massive victory" to their 'Amma' and the DMK steered by M K Stalin is determined to take forward the "Kalaignar legacy".

The stakes for the three leaders are high, as their parties grapple with the loss of the lodestars who guided their electoral fortunes. Result 2019 will gauge their leadership and strategising skills in an election with a vacuum created by the death of Jayalalithaa and Karunanidhi.

"Amma's absence is indeed a big vacuum. But this is a passionate movement. And to realise her dreams, the chief minister (Palaniswami) and his deputy (Panneerselvam) are taking the party forward," said AIADMK spokesperson R M Babu Murugavel.

"He (Karunanidhi) may not be alive but we are duty bound to take forward his aspirations. He has given a blueprint and we have to take it forward," said senior DMK leader K S Radhakrishnan.

The last time the two parties faced off in the electoral battlefield was in December 2017 during the RK Nagar assembly bypoll. The bypoll was necessitated due to Jayalalithaa's death the previous year. Karunanidhi was away from the limelight due to ill-health. Dhinakaran sprang a surprise by emerging victorious.

In the last Lok Sabha polls, the AIADMK won 37 of 39 seats in the state, while the BJP and PMK won one each, both as NDA constituents. The AIADMK is now leading the NDA in the state.

DMK and others, including the Congress, failed to return a single MP. This election, they are part of the DMK-led mega alliance unlike in 2014.
This is the first statewide election that the two-year-old Palaniswami government is facing. The polls are being seen as a litmus test before it seeks a successive term in 2021 Assembly polls.

Under Jayalalithaa's leadership, the AIADMK stormed to power in 2011, unseating the DMK and reducing it to double-digit numbers in the 234-member state Assembly.

The Jayalalithaa juggernaut continued, leaving virtually nothing for the opposition even as her party colleagues and ministers hardly hogged any limelight.

She set political circles on fire with her famous "Modi or Lady" statement in the 2014 national polls, pitting herself against Prime Minister Narendra Modi in terms of governance and administration.

In 2016, she created history after leading her party to a successive term, a feat repeated after three decades by a ruling party in the state, before she was confined to a hospital bed following an illness.

"Amma came forward to lead us and emerged as a big lead and put the party in ruling saddle for about 27 years in its existence of 47 years," Murugavel told PTI, recalling the days after the death of AIADMK's charismatic founder MGR.

Jayalalithaa, he said, was not with them but the huge cadre-based party would walk the path set by her and win all the seats in the state.

Karunanidhi, who rubbed shoulders with the likes of Dravidian heavyweights CN Annadurai and EVR Periyar, was often seen as a leader who could never be left out of the polity, irrespective of whether he was in power on not.

The veteran wielded tremendous clout in the UPA I and II governments. Despite being in the opposition in Tamil Nadu during UPA-I, he steered the Congress-led coalition to a grand victory in all 39 seats in the state and the one in Puducherry in 2009, leaving the ruling AIADMK's political ambition in tatters.

A crowd-puller who could awe both the masses and the classes with his oratory, Karunanidhi never lost an election in his over half-a-century political career and was counted among the best for his oratory and shrewd political mind.

The leader, however, receded from the limelight in the last few years, with age taking a toll on him.

Radhakrishnan said there was a "psychological" loss with Karunanidhi's death but the party's cadres have to "perform their democratic duties".

The DMK has done a number of good things for the state in the past like its stand on state autonomy, and this is the "Kalaignar legacy", he said.

Karunanidhi played a key role in matters like state autonomy and was instrumental in bringing key projects like Sethusamudram, he added.

Though leaders of the two parties express confidence about their showing in the election, political analyst Shyam Shanmugam feels the absence of Jayalalithaa and Karunanidhi might dent their vote share.

"Earlier, there used to be the support votes, the dedicated voters, and they would vote only for them (Karunanidhi and Jayalalithaa), irrespective of any factors. That number has definitely come down now," he said.

After a long inning in cinema, Haasan has formed a political party, the Makkal Needhi Maiam, while Dhinakaran heads AMMK, a breakaway faction of the AIADMK.