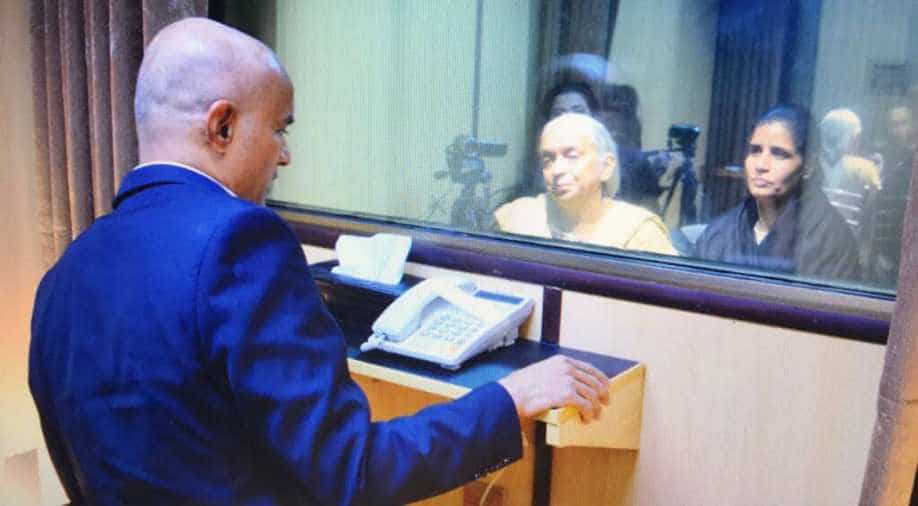 Former Indian naval officer, Kulbhushan Jadhav, who faces espionage charges and has been sentenced to death by Pakistan, met his family at Pakistan's foreign office in Islamabad yesterday.

The meeting took place after multiple requests made by India for family access.

According to a statement issued today by the Ministry of External Affairs, "the two Governments were in touch through diplomatic channels to work out its modalities and format. There were clear understandings between the two sides and the Indian side scrupulously abided by all its commitments."

The MEA statement stated Pakistan to have violated the conditions mentioned in the letter by conducting the meeting in a manner dissimilar to what was agreed upon.

The official press release gave a detailed account of incidents that violated the terms mutually agreed upon by both the countries.

Member of the local press "hurled false and motivated accusations about Shri Jadhav". "This was despite a clear agreement that the media would not be allowed close access," the MEA statement said.

"The manner in which the meeting was conducted and its aftermath was clearly an attempt to bolster a false and unsubstantiated narrative of Shri Jadhav’s alleged activities," MEA stated.

"The cultural and religious sensibilities of family members were disregarded.

According to the release, Jadhav's kin was asked to remove mangal sutra, bangles and bindi and were also asked to change their attire.

"For some inexplicable reason, despite her repeated requests, Shri Jadhav's wife was not given her shoes back after she was returning from the meeting.

The MEA release also revealed that Jadhav's mother was prevented from talking in their mother tongue, "although this was clearly the natural medium of communication. She was repeatedly interrupted while doing so and eventually prevented from proceeding further in this regard."

The Deputy High Commissioner (DHC) was initially separated from family members who were taken to the meeting without informing him.

The meeting was started without the Deputy High Commissioner who could join only after pressing the matter with concerned officials. "Even then, he (DHC) was kept behind an additional partition that did not allow him access to the meeting as agreed," said the statement.

"We would caution against any mischievous intent in this regard," claimed MEA.

"It appeared that Shri Jadhav was under considerable stress and speaking in an atmosphere of coercion. Most of his remarks were clearly tutored and designed to perpetuate the false narrative of his alleged activities in Pakistan. His appearance also raises questions on his health and well being," MEA noted.

"We also regret that contrary to assurances, the overall atmosphere of the meeting was intimidating insofar as family members were concerned. Family members, however, handled the situation with great courage and fortitude," stated MEA.