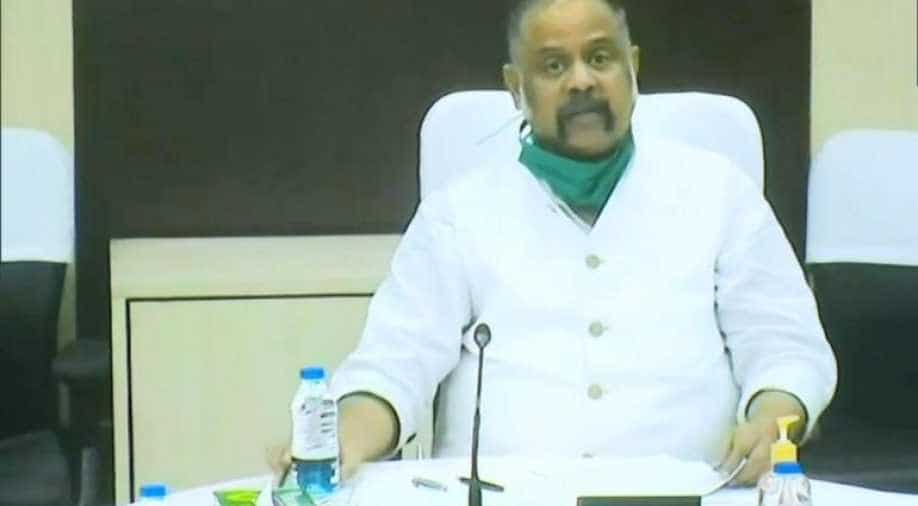 The Inter-Ministerial Central Team (IMCT) wrote to West Bengal Chief Secretary sharing its observations from spot visits in Howrah and raised issues with regard to quarantine centres and surveillance zones.

The Inter-Ministerial Central Team (IMCT) on Saturday wrote to West Bengal Chief Secretary (CS) Rajiva Sinha, sharing its observations from spot visits in Howrah and raised issues with regard to quarantine centres and surveillance zones.

In the letter to Sinha, IMCT head Apurva Chandra, Additional Secretary with the Central government, also enquired about personal protective equipment (PPE) stock and contact tracing and quarantine of individuals, who returned from Delhi's Markaz event.

Talking about its visit to Damorjala quarantine centre, Chandra said there are 80 inmates in the 118 capacity quarantine centre who were sent for testing in a "cramped van without maintaining any social distance. "The government officials have taken away the mobile phones of these inmates and they could not inform their families about their condition.

"Since the State government has taken away mobiles from inmates in hospitals, the inmates of the quarantine centre were apprehensive as they had no information about the safety of their kin admitted to COVID hospitals. Effectively, an inmate is relieved only after two weeks of quarantine even if he has tested negative and there remains a possibility of his catching infection during the period," he said.

With reference to the Sanjivan Multi-speciality hospital at Uluberia in Howrah, the ICMT chief has stated that it is a 320-bedded hospital, which is currently treating 70 COVID-19 patients. However, doctors and healthcare staff here are placed in rotational quarantine for 14 days, which reduces staff strength to one-fourth of normal.

"Thus, it may not be in a position to accommodate additional patients without augmentation of health workers. The hospital management is trying to train interns and other skilled professionals and also seeking permission to engage them which needs to be facilitated," the IMCT noted.

The ICMT leader has highlighted that in Salkia containment zone, the health professionals are not part of the surveillance team and are likely to join on Monday.

The IMCT may be provided with full records of the surveillance carried out in the containment zone and it would also like to interact with food and civil supply officials on how the supply of essential commodities is being ensured to the residents in the containment zones, he said. It has sought information regarding the inventories for 30 days for PPE kits and other safety equipment available in all COVID hospitals, and testing and quarantine of those returning from abroad as well as tracing of individuals from the Markaz event in Delhi.

Meanwhile, senior Trinamool Congress leader and Rajya Sabha MP Derek O' Brien hit out at the IMCT, stating that its West Bengal visit served no purpose as the teams are visiting districts with no hotspots.

Calling IMCT as India's Most Callous Team, he claimed that the committee's real aim is to spread the "political virus."

"IMCT Bengal visit served no purpose - Visiting districts with no hotspots - Asking for committee already in place Real aim is to spread the political virus. Doing it shamelessly. Blatantly. Take ur pick. IMCT= India's Most Callous Team IMCT= I Must Cause Trouble (in Bengal)," he tweeted.