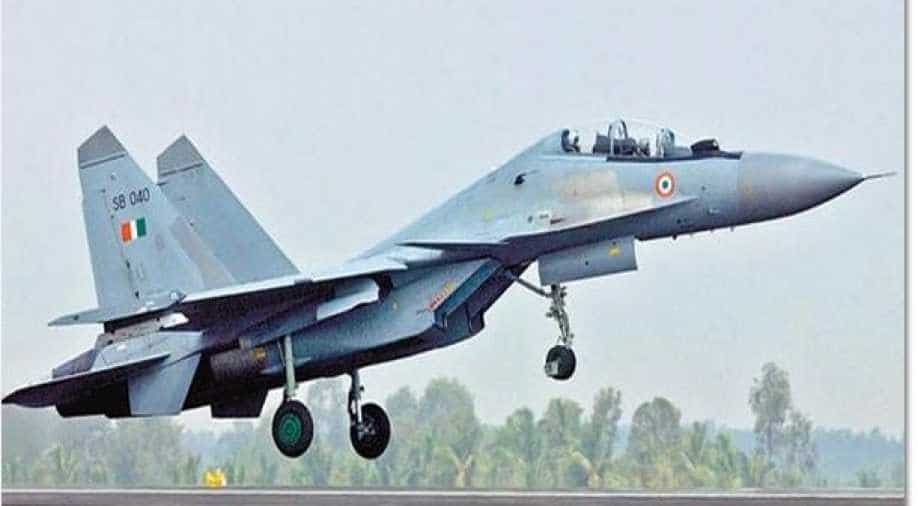 This is the first SU-30MKI fighter aircraft squadron in South India which will also play a role into maritime security.

This is the first SU-30MKI fighter aircraft squadron in South India which will also play a role into maritime security.

"The decision to deploy the Su-30 MKI at Thanjavur was taken due to its strategic location. The SU-30 MKI inducted here is equipped with a special weapon, BrahMos supersonic cruise missile," said Air Force Chief.

The Air Chief also said that the integration of SU-30MKI fighter with BrahMos Missiles has been done "fully indigenously by BrahMos Aerospace, HAL and the Air Force".

A water salute was also given to the fighter aircraft at the induction ceremony of the 222 'Tigersharks' fighter squadron.

The Sukhoi 30 MKI which was formerly built by Russia is now being made by India's  Hindustan Aeronautics Ltd (HAL).

India had Russia's permission to build the jets back in 2004 with the MKIs expected to form the backbone of the IAF in the new decade.

The  BrahMos supersonic cruise missile, jointly developed by India and Russia, which can be launched from the Sukhoi and can be dropped from 1,640 to 46,000 feet makes the Sukhoi a unique fighter aircraft at par with the best in the world.

The  BrahMos missile was first tested by the Indian Air Force on the  Sukhoi two years ago in the Bay of Bengal and it was deployed on the jets later last year.

The HAL has carried out extensive refitting to integrate the nuclear-tipped missile.