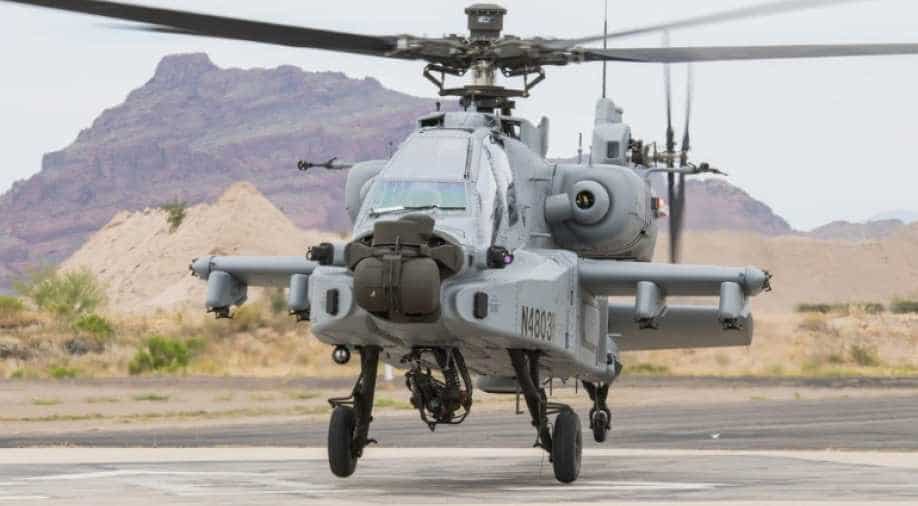 The helicopter has been customized to suit IAF’s future requirements and would have significant capability in mountainous terrain. Photograph:( ANI )

India has signed a contract with the US, for 22 Apache choppers. The first batch of the Apache helicopters is scheduled to be shipped to India by July this year.

The Indian Air Force received its first Apache Guardian attack helicopter at a production facility of Boeing in Arizona on Friday.

India had in 2015 signed a multi-billion dollar contract with the US government and Boeing for 22 Apache helicopters.

Senior IAF officials said the addition of AH-64E (I) Apache helicopter is a significant step towards modernisation of the force's chopper fleet.

The helicopter has been customised to suit IAF's future requirements and would have significant capability in mountainous terrain, they said. 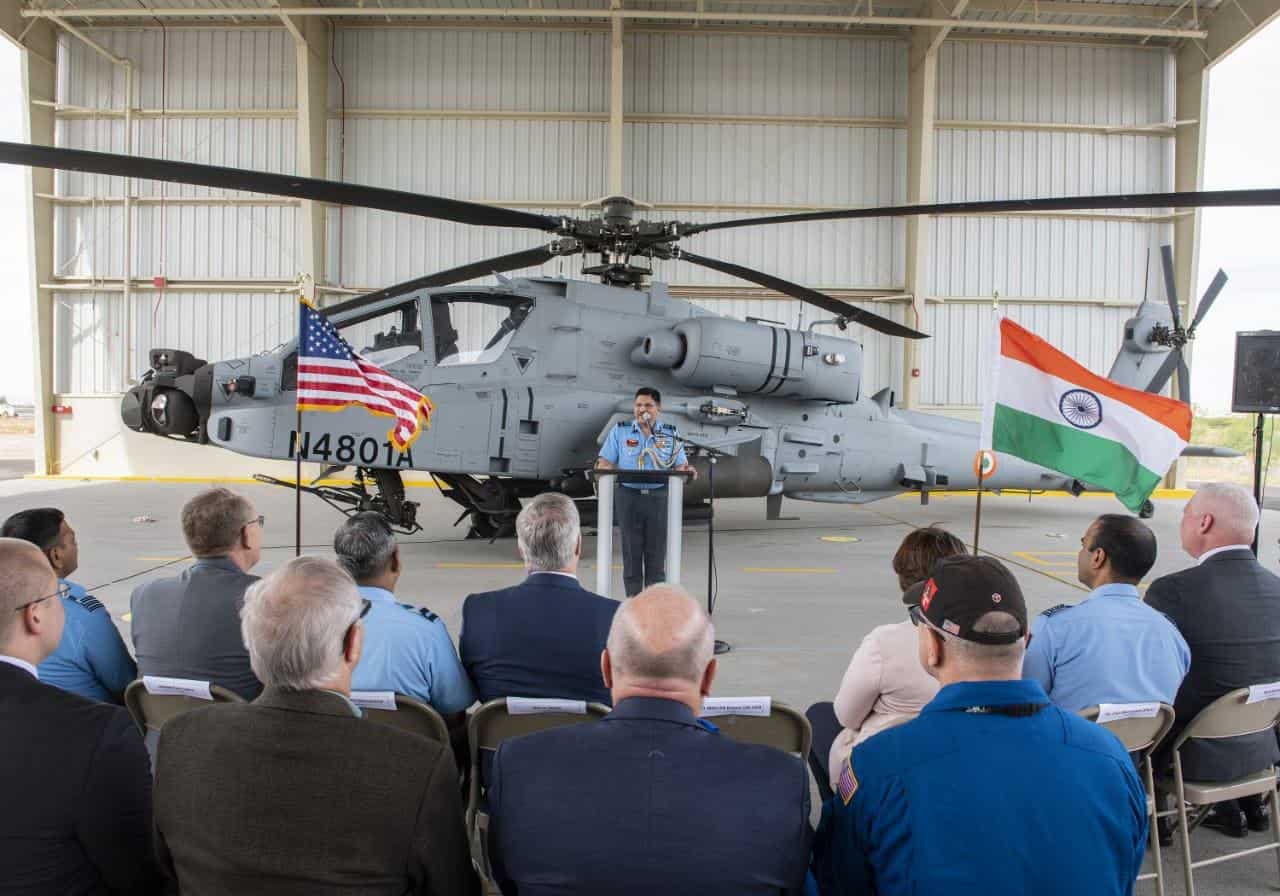 "The first AH-64E (I) - Apache Guardian helicopter was formally handed over to the Indian Air Force at Boeing production facility in Mesa, Arizona, the US on May 10," IAF Spokesperson Group Captain Anupam Banerjee said.

The AH-64E Apache is a leading multi-role attack helicopter and is flown by the US Army. 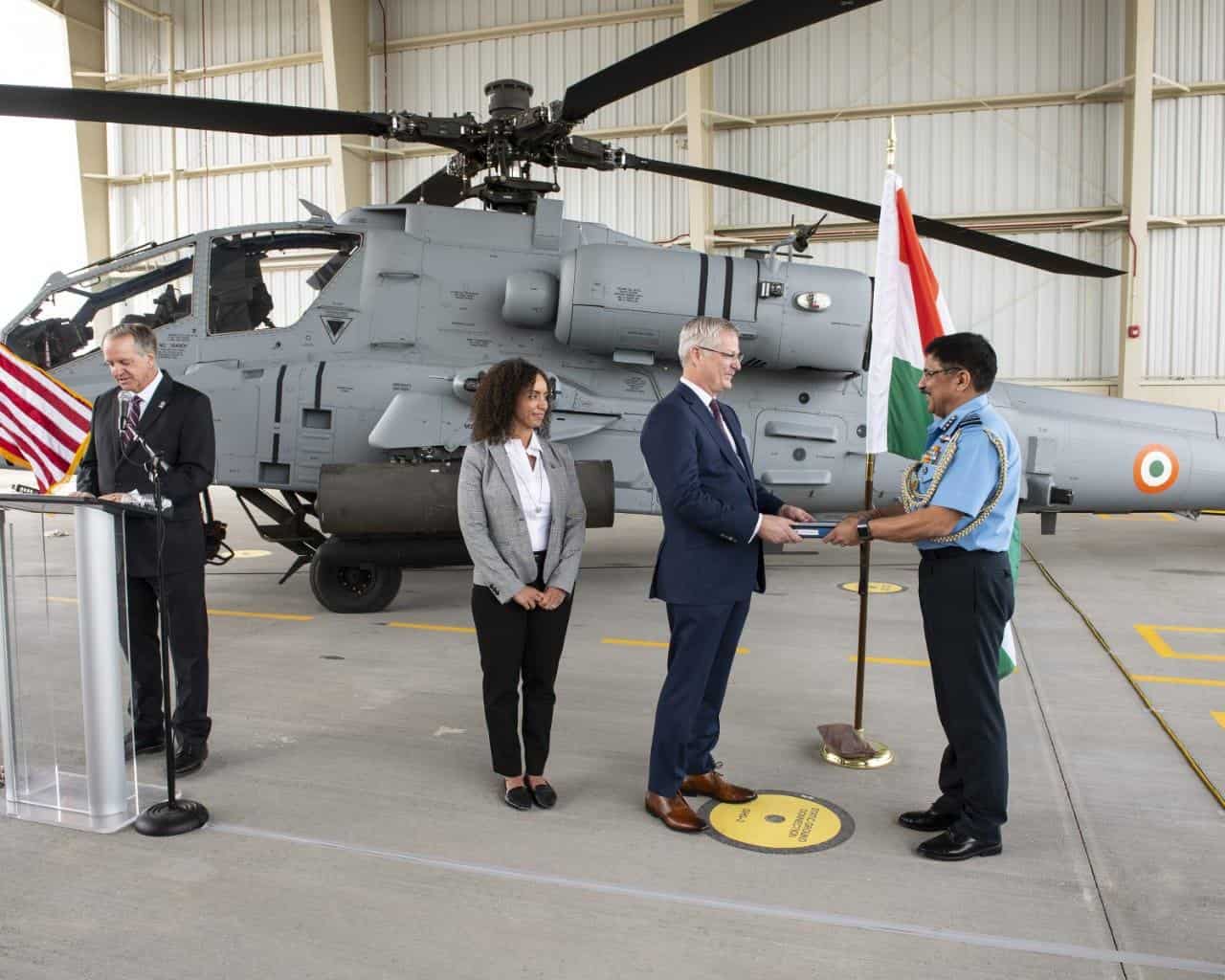 The IAF had signed a multi-billion dollar contract with the US government and Boeing Ltd in September 2015 for 22 Apache helicopters. The first batch of these helicopters is scheduled to be shipped to India by Jul this year.

"Selected aircrew and ground crew have undergone training at the training facilities at US Army base Fort Rucker, Alabama. This personnel will lead the operationalisation of the Apache fleet in the IAF," the IAF said in a statement. 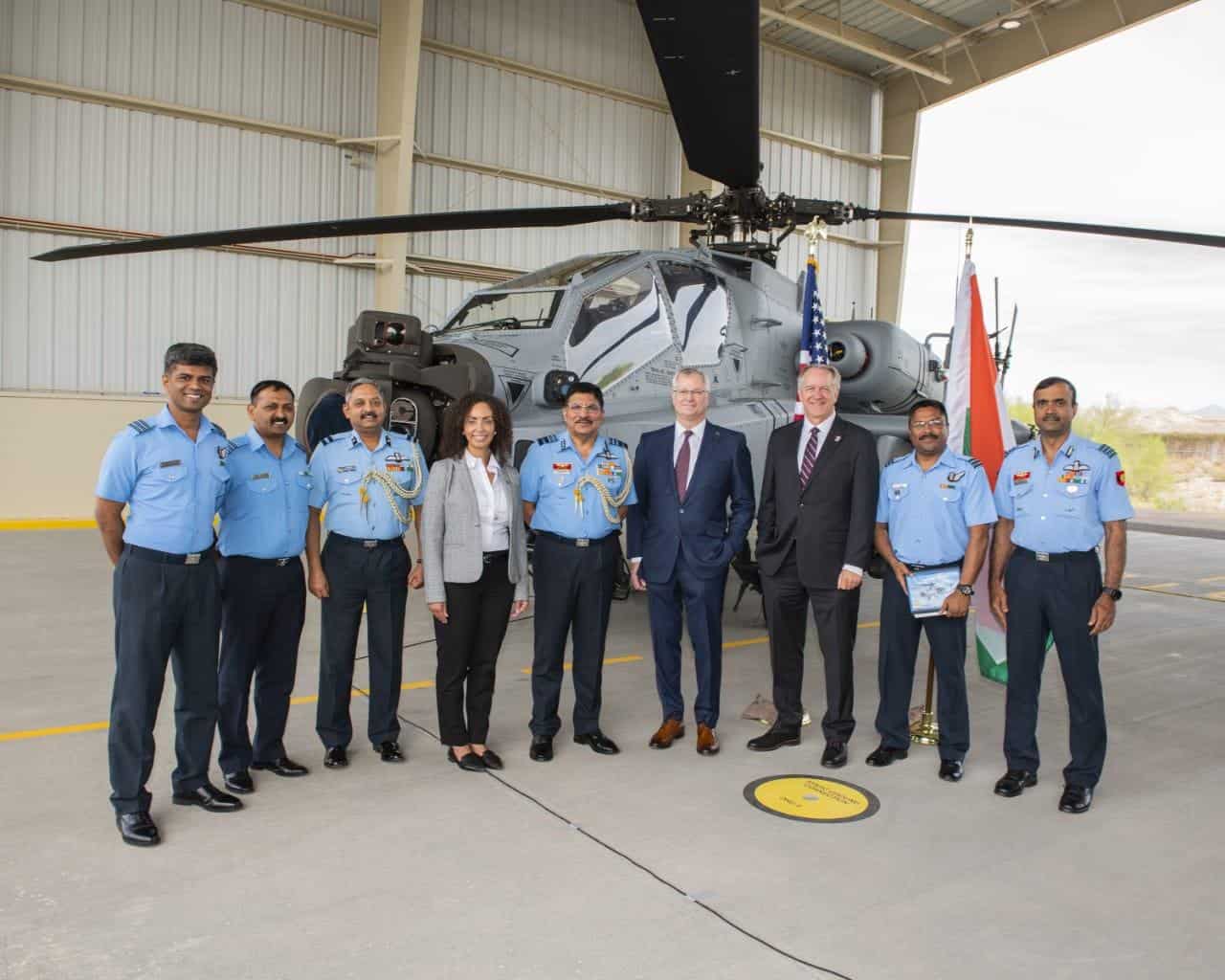 It said the helicopter has been customised to suit the IAF's future requirements and would have significant capability in mountainous terrain.
"The helicopter has the capability to carry out precision attacks at standoff ranges and operate in hostile airspace with threats from the ground," the IAF said.

It said the ability of these helicopters, to transmit and receive the battlefield picture, too and from the weapon systems through data networking makes it a lethal acquisition.

"These attack helicopters will provide a significant edge in any future joint operations in support of land forces," the IAF added.

Additionally, the Defence Ministry in 2017 approved the procurement of six Apache helicopters along with weapons systems from Boeing at a cost of Rs 4,168 crore for the Army. This will be its first fleet of attack choppers.
Fuselages for this Army order will be produced by Tata Boeing Aerospace Limited, a joint venture between Boeing and Tata Advanced Systems in Hyderabad.