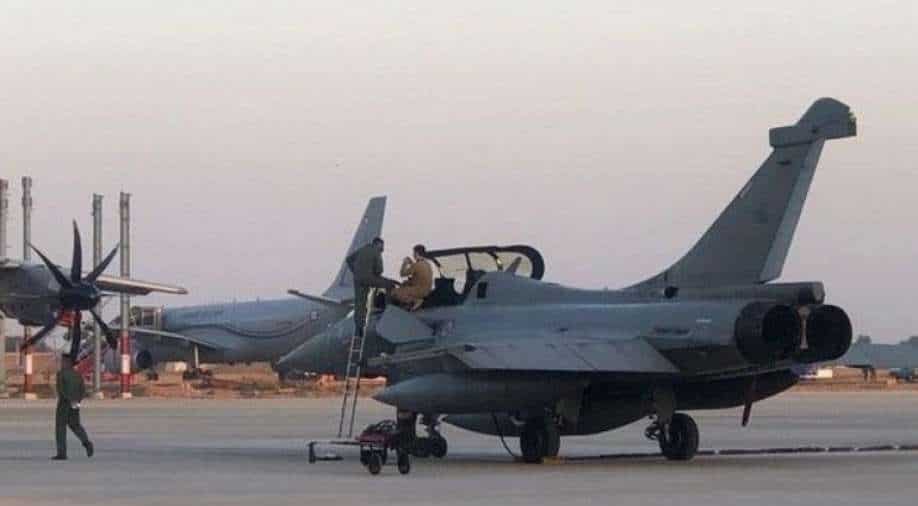 The Indian Air Force and French Air and Space Force on Saturday concluded the joint military exercise Ex Desert Knight 2021, which was held at Air Force Station Jodhpur.
“A first of its kind bilateral exercise (Ex DK-21), Rafale aircraft from both sides along with Su-30 MKI and Mirage 2000 aircraft of the IAF undertook complex missions including Large Force Engagements,” the Ministry of Defence (MoD) said in a release.

The ministry said that combat enablers included AWACS, AEW&C aircraft of the IAF as well as A400M and A330 based MRTT (Medium Range Tanker and Transport) aircraft of the FASF.

Both Air Forces exercised in realistic settings with an aim to enhance operational capabilities and interoperability. The exercise provided an opportunity to share best practices and evolve operational concepts; particularly for effective combat employment of the Rafale fleet, the release said.

Chief of Defence Staff, General Bipin Rawat visited Air Force Station Jodhpur on 21st January 2021 and interacted with participating forces. He also flew on-board the MRTT along with Maj Gen Laurent Lherbette, the FASF contingent leader where he was given an overview on the conduct of the exercise and witnessed air-to-air refuelling operations by IAF and FASF fighters.

CAS interacted with members of IAF and FASF contingents. He expressed his appreciation on the complexity of operations conducted and interoperability achieved by participants within a short span of 4 days.

He also commended the planning, operational, and maintenance staff from both sides for the smooth and safe conduct of the exercise. CAS wished the FASF contingent the very best for the next phase of their Skyros deployment.