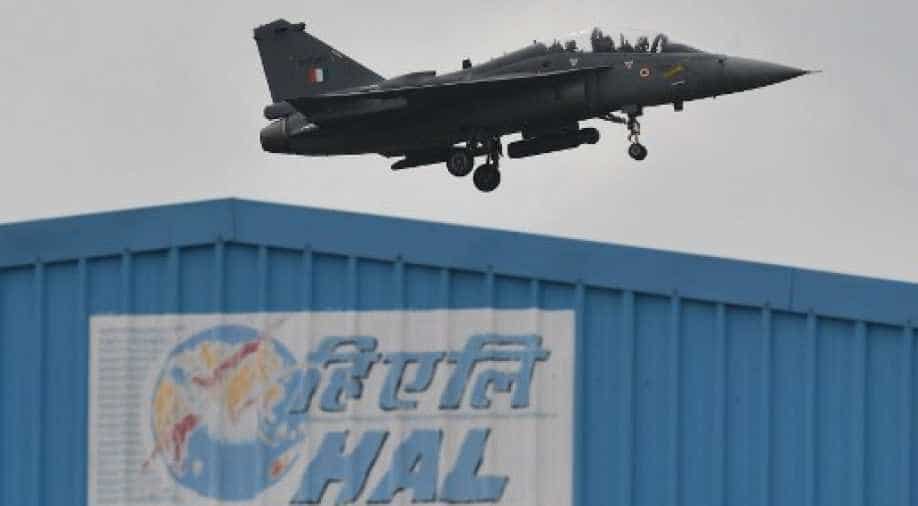 The LCA Tejas fighter which has been deployed at the western front is the Mark 1 version with air-to-air refuelling.

India's first homegrown fighter aircraft has been deployed at the western front along the Pakistan border amid rising tensions with China along the Line of Actual Control(LAC).

"The LCA Tejas was deployed by the Indian Air Force on the western front close to the Pakistan border to take care of any possible action by the adversary there," government sources told ANI.

The fighter which has been deployed at the western front (LoC) is the Mark 1 version with air-to-air refuelling (AAR) and beyond visual range (BVR) capabilities as well as updated avionics and flight control software.

The IAF and the Defence Ministry are expected to finalise the deal for the 83 Mark1A aircraft by the end of this year.

Mark1A is the advance version of Mark 1 with better avionics and flight control software, it fulfils all requirements of India Air Force. Mark 1A light fighter will have the same fuselage and General Electric (GE) F-404 engine as the Mark 1.

If the deal is signed by the end of this year then the delivery of the first Tejas Mark1A aircraft is expected to start in 2023.

One of the twin-engined multirole rotorcraft conducted a simulated attack on a high-altitude target after which it landed at “one of the most treacherous helipads in the region”, HAL had said.

The need for LCH rose at the time of Kargil war when a number of IAF attack helicopters targetted enemies sitting at the peak of the mountains.

LCH is capable of operating at the world's highest battle airfields (14kft to 18kft depending on the payload) and is comparable to any other fighter helicopter of its class. LCH with a narrow fuselage has pilot and co-pilot/gunners in tandem configuration incorporating a number of stealth features, armour protection and night attack capabilities.

“It is the lightest attack helicopter in the world designed and developed by HAL to meet the specific and unique requirements of the Indian armed forces reflecting the crucial role of HAL in Atma Nirbhar Bharat”, Mr R Madhavan, CMD, HAL, said.

The IAF and the Indian Army together need around 160 LCHs. The Defence Acquisition Council (DAC) had approved the proposal for an initial batch of 15 LCHs. The IAF issued Request for Proposal (RFP) for 15 Limited Series Production (LSP) helicopter (10 for IAF and 5 for Army) and HAL has been submitted. Price negotiation has also been completed with the order expected soon.

Rudra is also a homegrown product which is a weaponised version of HAL manufactured Advanced Light Helicopter (Dhruv). The deployment of Rudra was noticed when the helicopter was seen participating in the exercise which was demonstrated to the defence minister Rajnath Singh when he visited at the eastern front to meet soldiers and review military preparedness last month.

The Indian Army currently operates over 50 HAL-built Rudras, with more in the pipeline for a total fleet of 78 airframes and Rudras which are capable of firing anti-tank guided Nag missile (HELINA) which has been named now as Dhruvastra.