I have many friends in opposition, Mamata Banerjee sends kurtas and sweets to me: PM Narendra Modi to Akshay Kumar 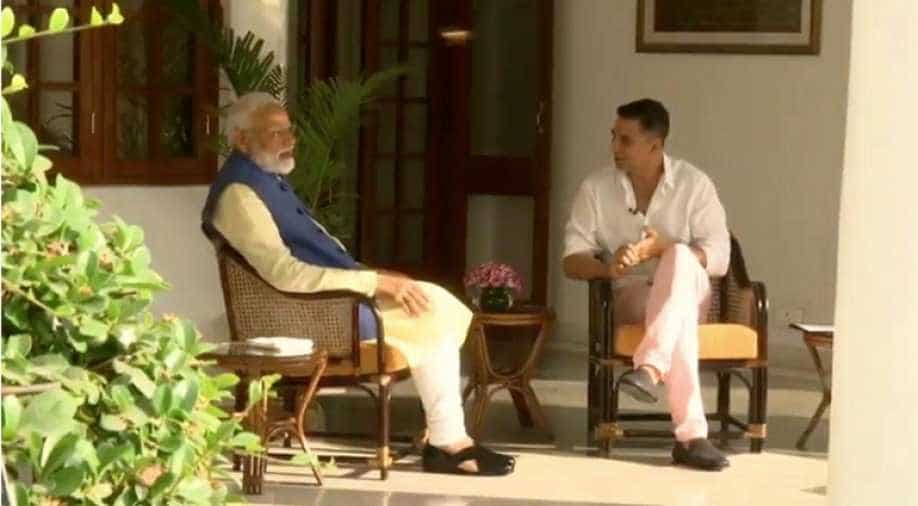 Prime Minister Narendra Modi on Wednesday said that he has many "good friends" in the Opposition and added that West Bengal Chief Minister Mamata Banerjee sends personally-selected Kurtas and sweets to him.

"I have many good friends in the Opposition. We do eat food together once or twice a year. Long time back when I was not even the Chief Minister (of Gujarat), I had gone to Parliament for some work. There Ghulam Nabi Azad and I were having a friendly conversation. When we came out media people asked, how can you be friends with Azad as you belong to RSS. Ghulam Nabi gave a good answer. Hum dono saath khade the, bola dekho bhai bahar jo aap log sochte ho, aisa nahi hai. Shayad ek family ke roop me hum log jitne jude hue hain sabhi dal ke log, wo shayad bahar kalpana nahi kar sakte (While we two were standing, he said that what you people think outside, it's not like that. Maybe the way we the people of all the organisations are connected as a family it can't be imagined outside)," Prime Minister Modi said in an interaction with actor Akshay Kumar.

"When Mamata didi came to know about it, she too started sending me Bengali sweets," he added.

Interestingly, Mamata has mostly been critical about Prime Minister Narendra Modi-led NDA government and has openly opposed their various initiatives including Goods and Services Tax (GST) and demonetisation.

On Sunday, Mamata had accused Prime Minister Modi of causing hardships to the people through demonetisation and said the electorate in West Bengal will pay back by not casting a "single vote" for him.

"In the (2014) elections, Narendra Modi's BJP party had won. But, in the last five years, the government has betrayed Bengal. He (Modi) is coming here and saying lies. He comes flying to Bengal at the time of elections and is nowhere to be seen in other times," she said at a public rally.

Before that on April 4, Mamata Banerjee had even termed Prime Minister Modi as "Hitler's uncle".

A day before that she called Modi as "expiry babu" and said, "His government has expired. You (Modi) said in Siliguri that we did not do anything for the poor. What have you done in the last five years? I have never seen a Prime Minister telling these many lies. Do not speak lies every day."

On April 3 itself, Prime Minister Modi had called Banerjee as "speedbreaker Didi".