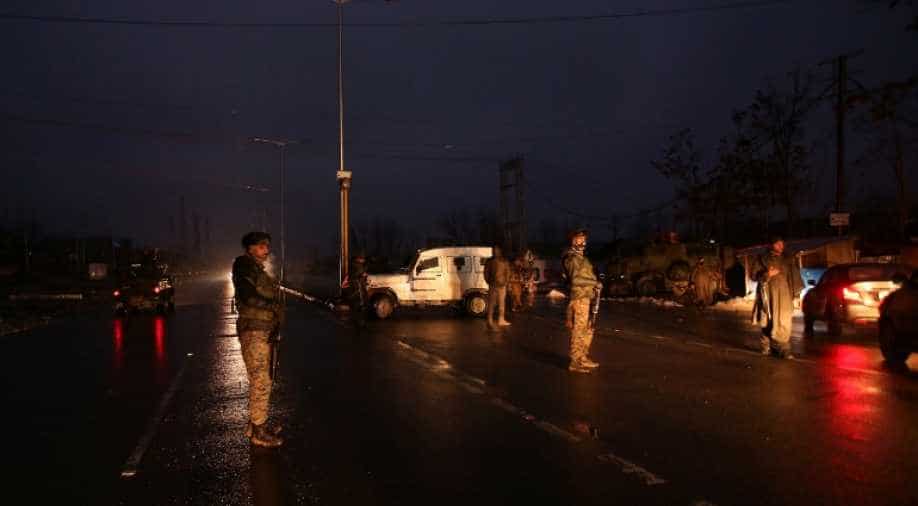 Dar was told thrice to move away from the convoy. He must have spent a minute or two trying to hit the convoy before finally slamming bus number 3 of the convoy.

Adil Ahmad Dar, the JeM terrorist who carried out the attack on Thursday in Jammu and Kashmir's Pulwama, drove a Red Eco car and repeatedly attempted to hit the CRPF convoy, sources told WION citing eyewitnesses' report to investigators.

Sources informed that Dar was told thrice to move away from the convoy but kept swerving right and left. He must have spent a minute or two trying to hit the convoy before finally slamming bus number 3 of the convoy, WION was informed. The terrorist aimed at hitting the vehicle near an oil tank to cause maximum damage.

Forces had tightened security around the camps on inputs of a possible attack on some Army camp, sources added.

It is also learned that the terrorist had started tailing the convoy from Jammu and conducted a recce of the site at least thrice on February 2, 4 and 8 before carrying out the attack on Thursday.

The attack was originally planned for February 9, on the eve of Afzal Guru’s death anniversary, sources added.

Dar was a protestor and had received a bullet in his leg during Burhan Wani’s funeral; he joined Jaish in March 2018.

Earlier in the day, sources told WION that Jaish-e-Mohammad terrorists responsible for the ghastly terror attack in Jammu and Kashmir's Pulwama have been identified as Rashid Ghazi and Kamran, the main commanders of the terror outfit.

Both, Ghazi and Kamran, are believed to be located in and around Jammu and Kashmir's Tral. The duo is believed to have trained Adil Ahmad Dar, who carried out the terror attack on Thursday.

Sources also informed that Ghazi is said to have fought in Afghanistan and was handpicked by JeM chief Masood Azhar. Ghazi is believed to be an expert in Improvised Explosive Device (IED)

As per sources, the motive of the attack was to avenge the death of Azhar's nephews.