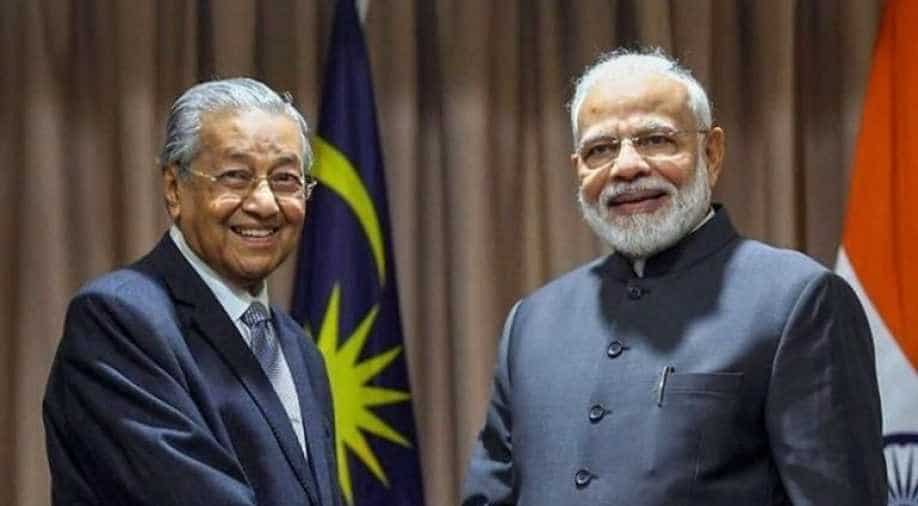 There has been a noticeable change in Malaysia's attitude towards India.

Former Prime Minister of Malaysia Mahathir Mohamad is often blamed for ruining the bilateral ties between his country and India.

In December last year, he slammed India by questioning the necessity of the the Indian Citizenship (Amendment) Act at Kuala Lumpur summit in Malaysia.

Indian foreign ministry had hit back by rejecting all claims and said that the Indian citizenship law was India's internal matter.

Mahathir went out of his way to take on India, merely to impress Pakistan.

As a result, India imposed a de facto ban on palm oil imports from Malaysia over a diplomatic row. In January this year, Malaysia palm oil export to india tanked 85 per cent year-on-year, the lowest since 2011.

The country's government also confined import of microchips amid signs that the trade issue was probably not going to be sifted through soon as the Southeast Asian country kept on irritating India over Kashmir and the Citizenship (Amendment Act).

But a month later, the political dynamic in Malaysia changed. Mahathir Mohamad resigned as Malaysia's prime minister in February this year.

The country is currently being headed by Muhyiddin Yassin. This has brought positive changes in rebuilding India-Malaysia bilateral ties.

For starters, the two countries are engaging with each other. India's external affairs minsiter S.Jaishankar spoke to his Malaysian counterpart after the Yassin government took charge.

India's high commissioner to Malaysia Mridul Kumar has held several rounds of talks with Malaysian foreign minister Hisha-Muddin. The Indian envoy was the first foreign official that he received on taking office.

On the trade front, India resumed the import of Malaysian palm oil in May this year. India also increased imports of rice, sugar and high-speed diesel.

New Delhi and Kuala Lumpur have been working closely through the Wuhan virus pandemic.

India's Vande Vharat flights have brought back at least 7000 Indians from Malaysia. India is also exporting hydroxychloroquine and paracetamol to malaysia.

On August 5, the anniversary of the abrogation of article 370, under Yassin's leadership, Malaysia refrained from making any comment despite the fact that its Pakistan tried its best to rake the issue of Kashmir.

Therefore, it can be said that there has been a noticeable change in Malaysia's attitude towards India. But the elephant in the room, that is Zakir Naik, remains unaddressed.

Naik is accused of terrorism, hate speech and money laundering but the man is still hiding in Malaysia.

India sent a formal extradition request on May 14 this year. But the response from Malaysia has not been positive.

So, going forward, if Yassin wants to continue improving ties with India. He must cooperate with New Delhi in Naik's extradition.

If Malaysia agrees to send the Naik back to India, that will be a defining moment in the India-Malaysia ties.