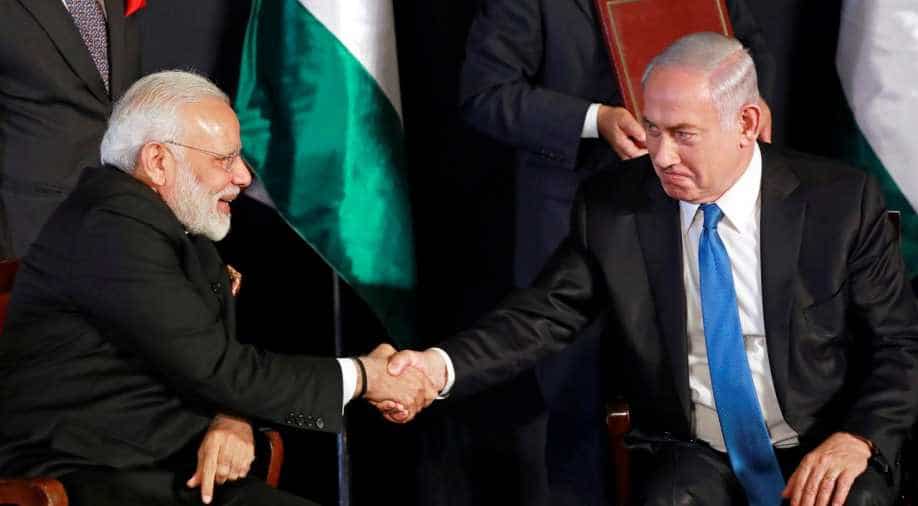 The government of Prime Minister Narendra Modi chose to balance its ties with Israel and Palestine and keep it independent of one another.

All of the countries involved with Israel-UAE deal are India's strategic partners. New Delhi has grown closer to Israel, UAE and the United States in the last few years. A peace deal between the three countries is good news for India.

India may have had an indirect role to play. In 2014, while most of the world expressed their support for Palestine in the open and had under-the-table deals with Israel, India chose to walk a different path. It adopted a de-hyphenation policy between Israel and Palestine.

The government of Prime Minister Narendra Modi chose to balance its ties with Israel and Palestine and keep it independent of one another.

India's message to the world was: you need not choose between Israel and Palestine, diplomatic ties can be maintained with Israel while supporting the Palestinian cause.

It was India pitching itself as a responsible global leader interested in peace. New Delhi never shied from making its point loud and clear. In 2017, India voted against recognising Jerusalem as Israel's capital.

At the same time it pulled up Palestine when its ambassador to Pakistan was photographed sharing the stage with Hafiz Saeed.

India has also balanced ties between Israel and the other Gulf nations. New Delhi has steered clear of taking sides in sectarian politics. India's policy of de-hyphenation, and its diplomacy in West Asia as a whole has been balanced and independent. It has allowed global validation of India's diplomacy and the peace deal benefits Indian diaspora in the region.

At least 7 million Indians work in West Asia, they will benefit from regional stability. Flight services between Israel and UAE is a boon. As the two countries work out bilateral trade, it may also open new avenues for India as both UAE and Israel are India's strategic partners.

Also, better diplomatic environment in the Arab world is always good news for New Delhi given that India is home to the world's second-largest Muslim population.