Devastated by accusations I instigated violence, would not hurt a fly: Honeypreet 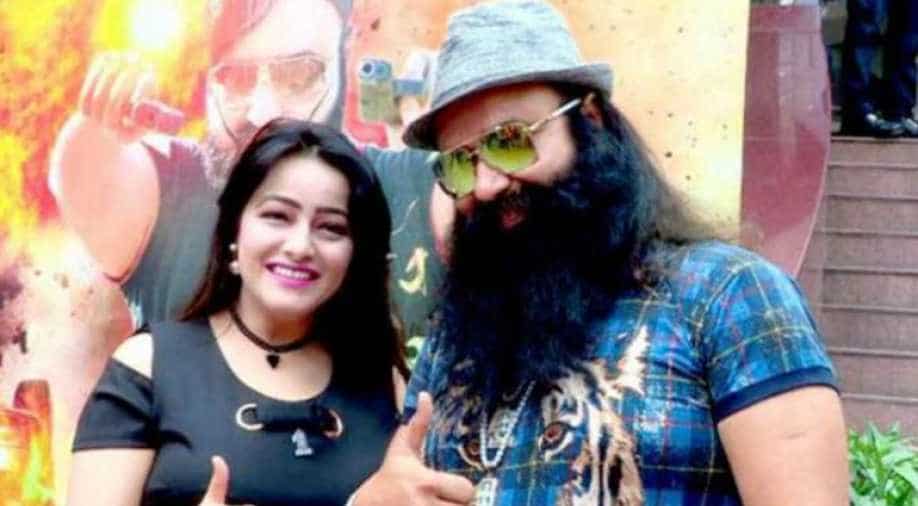 Honeypreet and other Dera Sacha Sauda leaders have been accused of inciting the violence that broke out after Gurmeet Ram Rahim Singh's conviction. Photograph:( Zee News Network )

Honeypreet Insan has said that she was devastated by the accusations that she had incited the violence that followed disgraced Dera Sacha Sauda chief Gurmeet Singh's conviction.

Honeypreet was arrested by Haryana Police on Tuesday, who said they would produce her in court on Wednesday.

"We have arrested Honeypreet and we will produce her in court tomorrow," the Panchkula police commissioner said.

Police added that Honeypreet had "not divulged much".

Had deputed senior women police officers for questioning, #Honeypreet has not divulged much: Panchkula Police Commissioner A S Chawla pic.twitter.com/oQ81SE8Cat

Honeypreet is "the adopted" daughter of Gurmeet Singh, although her ex-husband has since alleged that Singh and Honeypreet lived as man and wife.

Gurmeet Singh was on August 25 convicted of having raped two of his female followers back in 2002.

More than 35 people were killed in the violence that ensued after Gurmeet Singh's conviction.

Honeypreet and other Dera leaders were accused of having incited the violence -- Honeypreet has been on the run ever since.

We have arrested #Honeypreet and we will produce her in court tomorrow: Panchkula Police Commissioner pic.twitter.com/1Q6jjG0sUD

Probing her links to 25 Aug violence. We'll find out ppl who helped her abscond for so long & they'll be punished: Panchkula Commissioner pic.twitter.com/BCQdnSSslR

On Tuesday, Honeypreet told a television news channel that she was "devasted" by the allegations and that she had "never killed an ant in her life".

PTI quoted her as saying: "Have you heard me saying a word where I instigate people. Was I even present with the arsonists?"

Honeypreet added that she had gone to the CBI court in Panchkula on August 25 hoping that her father would return by the evening but that after he was found guilty, she went into depression. She said she was totally devastated and could therefore not think about anything else.

She added that her "Papa" is innocent and that his conviction in the two rape cases had left her "depressed".

Honeypreet said she was there at the court the day Gurmeet Singh was convicted -- and the violence broke out -- because she was doing her "duty as a daughter".

On being asked about her whereabouts since August 25, Honeypreet said she had left Rohtak and gone to Delhi as she was "trying to accept Ram Rahim's sentence" and not run from the law.

PTI reported that she now planned on "going to Punjab and Haryana court" since she has "full faith in the judiciary".

She also dismissed her ex-husband's allegations, saying: "I cannot understand how anyone can point fingers at pious relations that are there between a father and his daughter. What proof have these people got to level such allegations? All those who are spreading such rumours, please do not believe them."