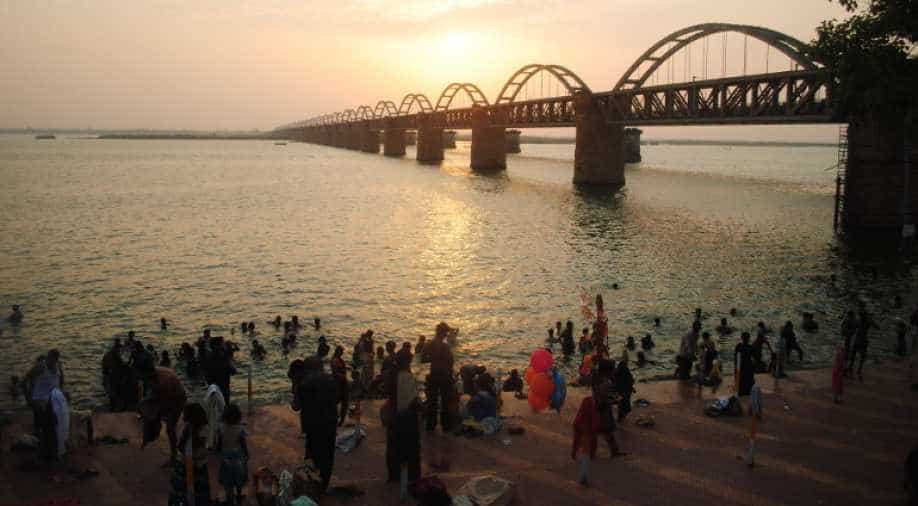 On this day, men and women stand in waist-deep waters in rivers and seas at the break of dawn and offer food items and flowers, among other things, to their ancestors.

Hindus across India offered prayers and took holy dip in river Ganges and other sacred water bodies on Tuesday (September 19) for the well-being of their departed ancestors' souls on the final day of 'Pitru Paksh' or fortnight of ancestors.

According to the Hindu tradition, 'Pitru Paksha' is a 15-lunar day period. It falls in the Hindu lunar month of Bhadrapada (September-October), beginning with the full moon day (Purnima) that occurs immediately after the 10-day festival of 'Ganesh Chaturthi' and ends with the new moon day.

On this day, men and women stand in waist-deep waters in rivers and seas at the break of dawn and offer food items and flowers, among other things, to their ancestors.

A local resident of northern Allahabad city, Yogendra Tiwari, said that it is believed that the offerings made during the rituals reach the ancestors in Heaven.

People offer special food items to their ancestors as part of the age-old rituals. These food items are cooked in silver or copper vessels and served on a banana leaf or utensils made of dried leaves.

The menu normally includes, 'kheer' (a traditional sweet pudding made from milk and rice), 'lapsi' (a sweet porridge made of wheat grains), rice, lentils, vegetables of spring beans and pumpkin.

The rituals are also a way of expressing gratitude to the previous generations and seeking their blessings.

In Hinduism, 'Pitru Paksha' is considered an inauspicious time to start new ventures or buy anything new, given the death rites performed during the ceremony known as 'Sharad'.

'Pitra Paksha' is followed by the start of 'Navratri' or nine nights - a nine-day-long festival dedicated to the as many incarnations of Hindu goddess Durga.