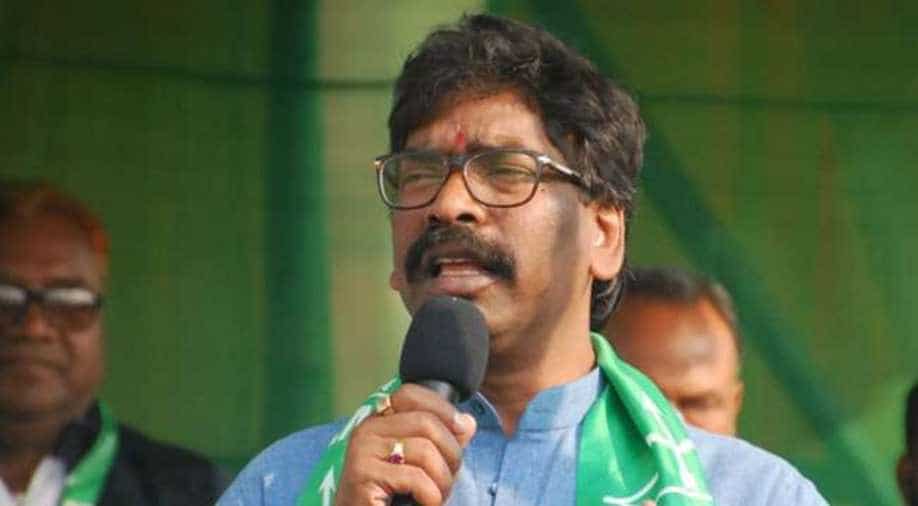 According to sources, by January 15 or 16, the whole process for the expansion of Cabinet will be completed.

Jharkhand Chief Minister Hemant Soren is in Delhi to discuss the cabinet expansion with top leaders of the Congress party including its president Sonia Gandhi on Monday, reported news agency ANI.

"Tomorrow there is a meeting of the like-minded parties for which I have come here. We will meet Congress president Sonia Gandhi. There is a need to expand the Cabinet in the state so that as a Chief Minister I can focus on other important matters as well," Chief Minister Soren was quoted as saying to the reporters.

According to sources, by January 15 or 16, the whole process for the expansion of Cabinet will be completed.

"The final decision has to be taken by Sonia Gandhi. But the Congress should get six ministerial berths. In the last government, Congress had five ministers. This time the Congress has won more seats," said Congress MLA from Jharkhand Irfan Ansari.

Ansari further said: "I am a doctor and a loyal soldier of the Congress. I also want to work in the health sector in Jharkhand. It will be good if I am made the Health Minister."

Soren was recently sworn in as the 11th Chief Minister of Jharkhand after the JMM-Congress-RJD alliance won a comfortable majority by securing 47 seats in the 81-member House in the Assembly elections held in December last year.