Guwahati to be connected with six capital cities of South Asian countries: Govt 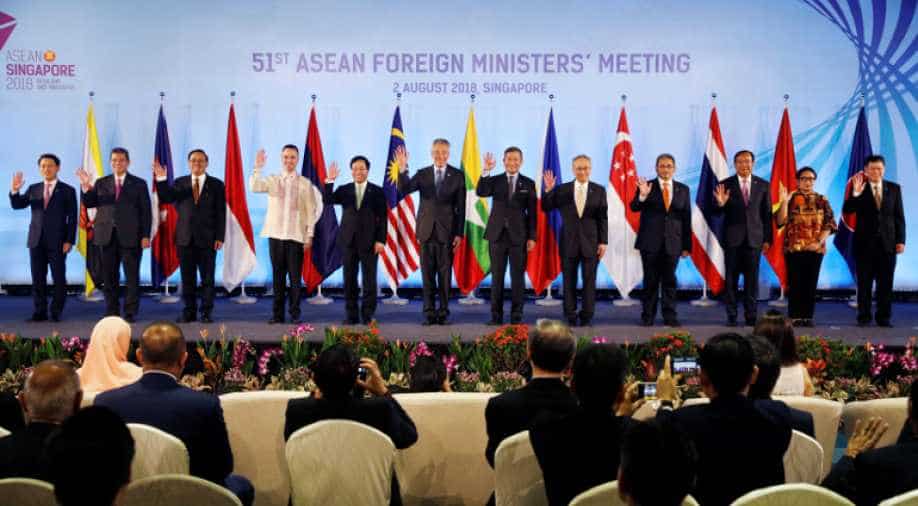 Assam Government Friday said the state capital will be connected to six capital cities of South Asian countries by the end of December to boost connectivity in the region.

"We are very focused to increase connectivity between South Asia. In this direction, Guwahati will be connected with six capital cities of South Asian nations by the end of December," he said addressing the gathering.

Patowary also informed that an inter-country pact was signed yesterday to augment waterways in the region.

"A tri-lateral highway has also been planned and construction is almost done. The bridges are only left. This will be from Afghanistan to Burma (Myanmar) via India," he added.

The initiatives like the GIFF are very positive in the cultural arena that will help know each other, the minister said.

"We are trying to develop the relation between India and South East Asian countries in the field of trade, commerce and other segments. GIFF can play an important role in that direction," he added.

During the inauguration of the ASEAN segment, the Myanmar Ambassador to India, Moe Kyaw Aung was also present.

In this year, the ASEAN countries are the focus region of the 2nd GIFF with 14 films from 10 countries of the region instead of having any focus country.

The ASEAN segment began with showing of 'In the Life of Music' by Caylee So and Sok Visal.

Some other films from the South East Asian nations will be 'Woman of the Weeping River' by Sheron Dayoc, 'The Seen and Unseen' by Kamila Andini, 'Father and Son' by Luong Dinh Dung, 'Poppy Goes to Hollywood' by Sok Visal and 'Smaller and Smaller Circles' by Raya Martin and 'Mudras Calling' by Christina Kyi.

The 2nd Guwahati International Film Festival began with much fanfare on Thursday with a collection of 108 acclaimed films from over 50 countries that is likely to attract nearly 5,000 domestic and foreign delegates in the next one week.

Assam Chief Minister Sarbananda Sonowal inaugurated the seven-day long film extravaganza saying that the festival is aimed to integrate the world as a family.

During the festival, nearly 35 film personalities from abroad will take part with their flicks, while Ambassadors from Lithuania, Myanmar, Argentina, Latvia, Estonia, Serbia, Singapore and Malaysia will be present.

The Assam government-owned Jyoti Chitraban (Film Studio) Society is the organiser of the festival, which will be held from October 25 to 31, in association with Dr Bhupen Hazarika Regional Government Film and Television Institute.