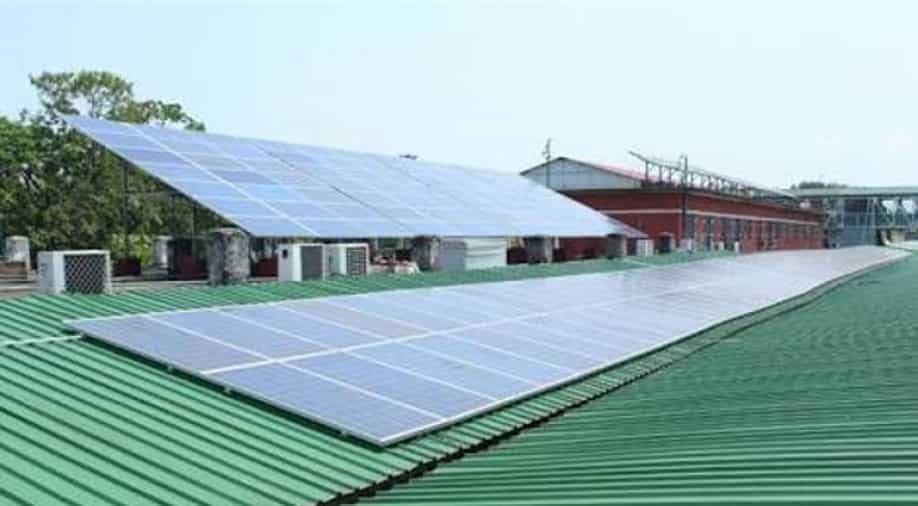 The project of installing solar panels was commissioned last year in April 2017.

Around 2352 solar modules with a capacity of generating 700 kwp has been set up over the roof of the Guwahati railway station. have been installed at the roof-top solar power plant.

The solar-powered station is aimed at reducing carbon-footprint as well as cut down power costs drastically.

Around 6.3 lakh kg carbon dioxide emissions have been cut off between April 12 last year to May 10 this year.

The project cost is estimated to be Rs 6.7 crore, as per Indian Railways. The solar power plant will save Rs 67 lakh worth of electricity.

With an average power generation capacity per day is 2048 KWh, the solar panels till date have generated a total of 7,96,669 KWH of electricity.

The Indian Railways is currently the country’s largest consumer of electricity and diesel and spent around Rs31,000 crore, or 18% of its operational expenses, on fuel in the financial year 2016. In part to bring down this burgeoning fuel bill, the state-run transportation network has been taking steps to transition to renewable energy for a few years now.