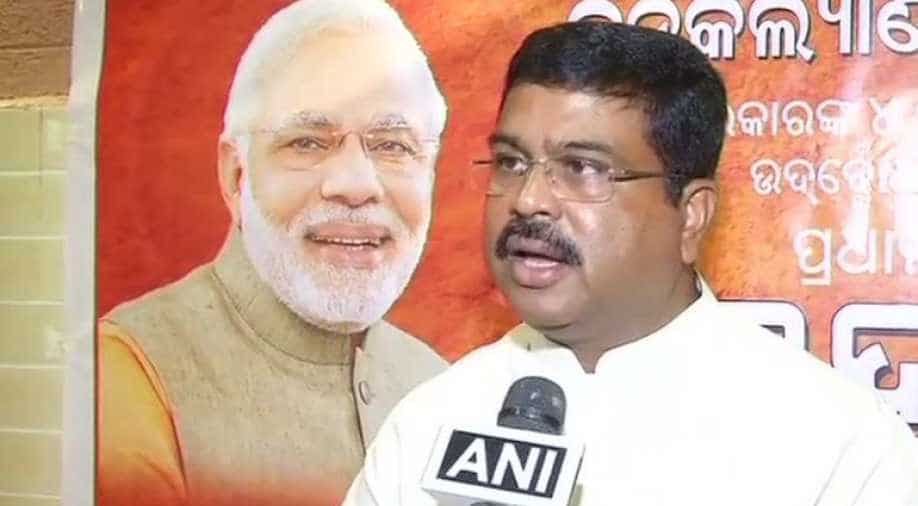 Dharmendra Pradhan saidthat the government was deliberating on an immediate solution to control the rising fuel prices and that apart from the Goods and Services Tax, other ways were also being thought of to ease the situation

Petroleum minister Dharmendra Pradhan said today that the government was deliberating on an immediate solution to control the rising fuel prices and that apart from the Goods and Services Tax (GST), other ways were also being thought of to ease the situation.

"The oil ministry is of the view to bring petroleum products under the purview of the GST in order to bring down the prices of petrol and diesel. We are deliberating on an immediate solution to this problem till that time," Pradhan told reporters here.

"We will certainly find a way out to deal with the situation," he said.

The union minister said the central government had in October last year reduced the excise on fuel by Rs 2 per litre keeping in view the interest of the poor people. This time the Centre is looking at both short and long term solutions, he said.

The petroleum minister attributed the rising oil prices to "circumstances in the international market" because of which the value of the Indian rupee had reduced in comparison to the dollar leading to the surge in oil prices.

"The political differences between two oil-producing countries Iran and Venezuela has been a major cause behind the rise in the price of fuel in the international market," he said.

"The reasons that the union oil minister is giving is not justified. He is telling this to suppress the central government's inability to deal with the situation. The price of petrol and diesel will automatically come down if the centre reduces excise duty," he said.

Both opposition Congress and ruling BJD in Odisha have launched agitations against the spiralling prices of petrol and diesel.