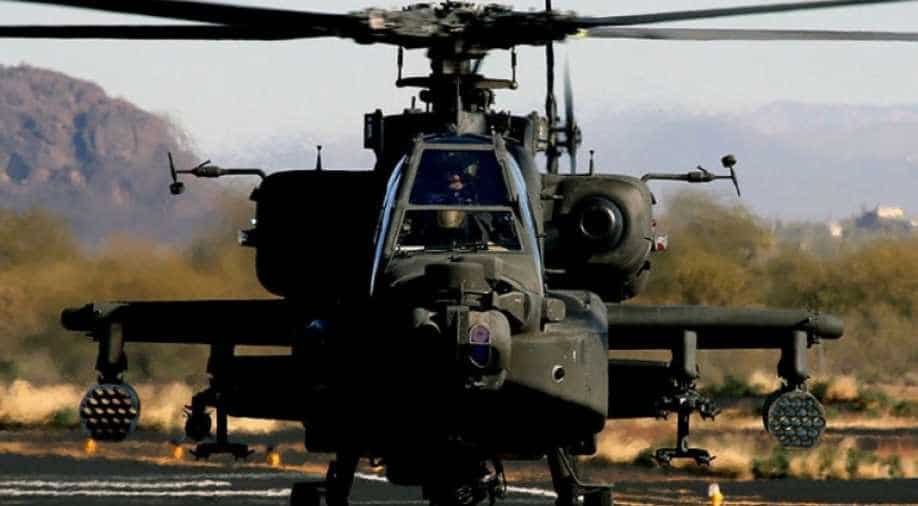 A senior US Navy official termed the induction of American-made Apache choppers into the Indian Air Force as a great day for defence ties of the two countries.

US Navy Captain Daniel E. Fillion, from the Office of Defense Cooperation, on Tuesday expressed happiness over the induction of Apache attack helicopters in the IAF.

"United States is very happy on attending the induction ceremony. It's a great day for US-India bilateral defence relationship," he said while talking to ANI.

The defence relationship between the two countries have been growing with several deals in the pipeline. The two countries are also said to be negotiating the sale of surveillance drones.

In addition to that, US F-16 fighter jets are also a contender for the IAF's 114 fighter jet programme.

In a major boost to the Indian Air Force, eight Boeing AH- 64E Apache Guardian Attack Helicopters were inducted into the force on Tuesday.
IAF chief Air Chief Marshal BS Dhanoa inducted the choppers officially into the service after a ceremony held at the Pathankot Air Force Station.

Eight helicopters have been inducted into the air force in the first batch out of the 22 procured from the US. In September 2015, IAF had signed a contract with US government and Boeing for these Apache helicopters.

The helicopters have been customized to suit the force's future requirements and would have significant capability in mountainous terrain with the capability to carry out precision attacks at standoff ranges and operate in hostile airspace with threats from the ground.

The US has delivered around 2200 Apache helicopters to various countries of the world. India is its 16th customer, Boeing said.

Importantly, some of the major components of these machines have been made in India.