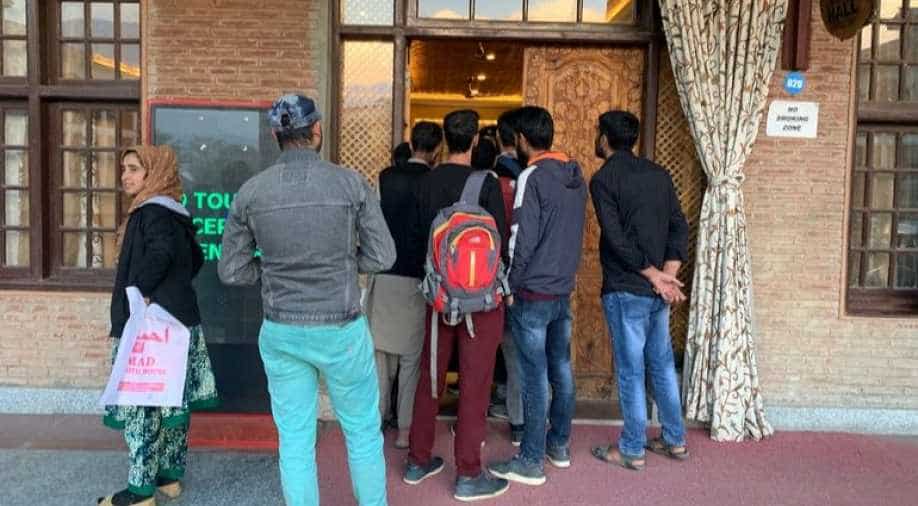 In Srinagar, two internet centres have been established at the Tourist Reception Centre and the Deputy Commissioner’s office.

The Jammu and Kashmir administration has set up internet kiosks in every district to facilitate students and common people as there is no internet access in the valley following the abrogation of article 370.

In Srinagar, two such centres have been established at the Tourist Reception Centre and the Deputy Commissioner’s office. Every day, hundreds of students and contractors visit the locations to fill different forms with the assistance of an official.

Students who visit these centres say that they were worried about their appearance in the competitive exams including GATE, JEE and UPSC. “We help them in filling examination and job forms. We have established six counters here and four at DC office. Around a thousand forms have already been filled from this centre,” said Wahid, in charge of this centre.

The officials also help them scan their documents, pay for exams and jobs online in all the districts of the state.

“We were facing hardships to fill these forms and this is of great help. I have come to fill UGC Net exam. I can’t afford to lose this opportunity but having said that in digital India, we want internet back in the state,” says Rashid, a UGC aspirant, who has been waiting for his turn, adding that the government should set up more such centres.

The internet connection isn’t just limited to students. At the Deputy Commissioner’s office, people who want to fill other forms are also welcomed by the officials. According to the sources, the government may restore the broadband internet in Kashmir at the end of this month after reviewing the security, law and order situation after the restoration of postpaid mobile services.

“Since the last two months, we had no internet and I think this is a great initiative. If we had no such system, I was planning to go outside the state to fill my MCI form,” said Mudasir Ahmad.