German national stranded at IGI airport for 55 days leaves for Amsterdam, regards T3 as his home 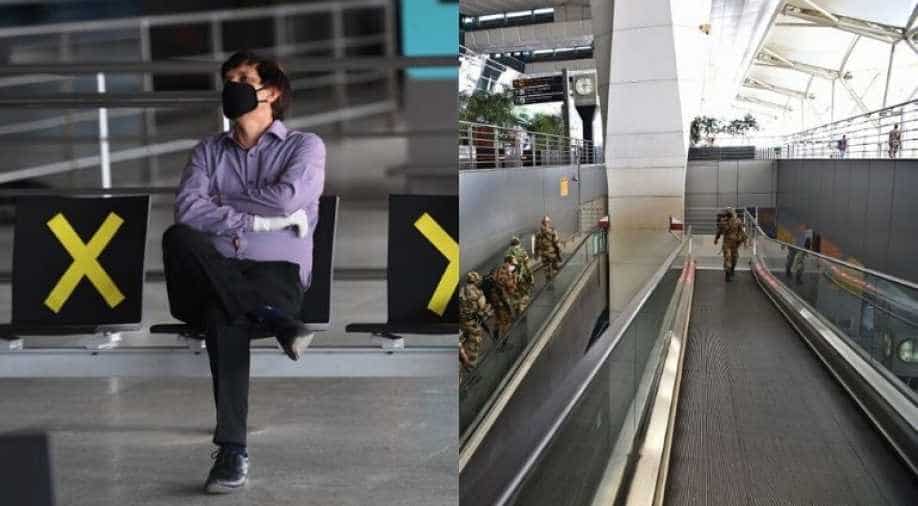 Ziebart regarded Terminal 3 as his house and IGI airport as the place of his stay in India.

Edgard Ziebart, the German national who was stranded in Terminal three of the Indira Gandhi International airport for 55 days has finally made his way to Amsterdam. Ziebart left for Amsterdam in a KLM relief flight.

Before his departure, Ziebart was scanned for coronavirus infection and then he got on a flight around 3 am along with 291 passengers.

Ziebart regarded Terminal 3 as his house and IGI airport as the place of his stay in India.

The 40-year-old was on his way from Hanoi to Istanbul on March 18. On that day India cancelled all flights to and from Turkey due to surge in coronavirus pandemic. On March 22, India put a hold on all international flights to contain the virus, three days later on March 25, India imposed complete lockdown. The lockdown is to be lifted on May 17.

Ziebat's case was unlike other stranded passengers, he has a criminal record in Germany with many cases of assault and other criminal activities. The German embassy has refused to take custody of Edgard Ziebat because he was at a foreign location. Due to his criminal record, India has denied Ziebart a visa.

Ziebart stayed in the terminal with his only luggage, according to airport authorities the German spent his time by reading newspaper talking to his friends and family over the phone, eating a few of the fast-food outlets that are still in operating within the terminal, interacting with housekeeping and security staff, taking walks within the transit area, and using the airport’s washrooms and toilets.