From 'Bahi Khata' to 'Made in India' tablet: Reflection of Digital India during Budget 2022 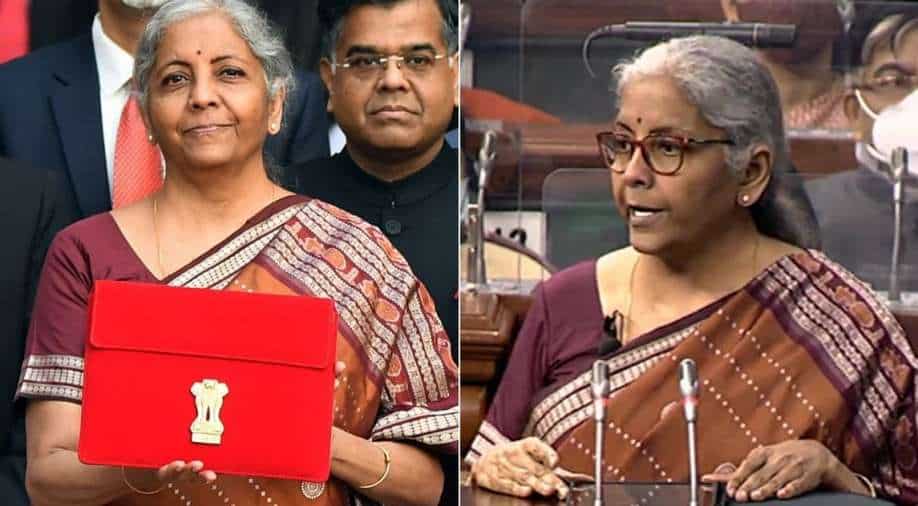 Just like last year, the budget was paperless and it is now available on an application named "Union Budget Mobile App"

To provide a boost to the coronavirus-ravaged economy, the Indian Finance Minister Nirmala Sitharaman presented the annual Union Budget for the year 2022-2023 in Parliament on Tuesday (February 1).

The budget was paperless - just like last year and it is now available on an application named "Union Budget Mobile App". The app was launched last year for easy access to Budget documents by Members of Parliament (MPs) and the general public.

This year, the budget was read from Made in India tablet. Sitharaman was carrying the tablet kept inside a red coloured cover with a golden coloured national emblem embossed on it instead of the briefcase or 'bahi khata'.

This was also seen as an attempt to go green and also to minimise physical contact amid the coronavirus COVID-19 pandemic.

In a historic move, the Union Budget 2021 was presented in a digital format for the first time to promote the Government of India's (GoI) Digital India flagship programme.

Sitharaman in 2019, ditched the longstanding tradition of carrying a briefcase and went 'Swadeshi' to replaced the briefcase with the traditional 'bahi khata' saying that the Modi government was not a 'suitcase-carrying government'.

The tradition of carrying the Budget briefcase was a copy of the 'Gladstone box', used in the British Budget. In 1860, the then British budget chief William E Gladstone used a red suitcase with Queen's monogram embossed in gold to carry his documents, which came to be known as the 'Gladstone Box'.

Before Nirmala Sitharaman, a long standing tradition in connection with the Budget presentation was broken during the Atal Bihari Vajpayee government with the then Finance Minister Yashwant Sinha presenting the Budget at 11am (local time) instead of the traditional time of 5pm (local time).