Fresh ganja cultivation on forest land near Indo-Bangladesh border cause of concern: BSF 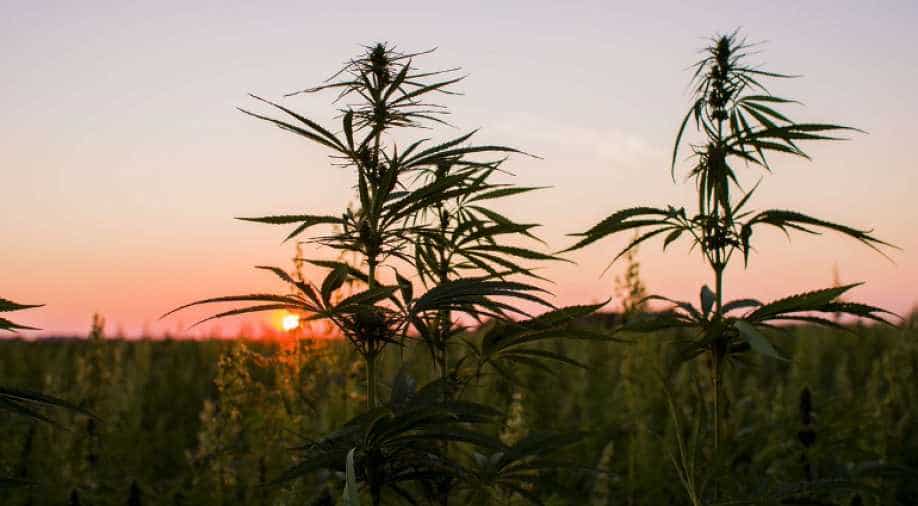 The volume of new Ganja plantations is growing in synch with the BSF's efforts to destroy them. Photograph:( Twitter )

On being asked whether the BSF is eager to devise any special technique to fight this problem, he said, "Definitely, we have enough technical backup to fight this out but I have reservations to divulge all these things in front of the press.

According to a senior BSF official, the volume of new plantations is growing in lockstep with the BSF's efforts to discover, seize, and destroy them.

Lal said at a press conference at sector headquarters, "Ganja plantation is a major concern in the forest zone.We are putting forth our best effort.In the forest areas, our success rate in detecting and seizing Ganja is higher.At the same time, new plantations are being established at a rapid rate.As a result, we must establish a balance and confront the border issue."

On being asked whether the BSF is eager to devise any special technique to fight this problem, he said, "Definitely, we have enough technical backup to fight this out but I have reservations to divulge all these things in front of the press.

"He had also appreciated the role of the Bangladesh border`s guarding force in battling the border crimes and said that the relations between both the forces had been "excellent" so far.

"Both the forces have their own limitations but we work in close coordination to control border crimes", said Lal.

"In the year 2021, smuggled commodities like ganja, illegal syrup, narcotic drugs, animals, and other miscellaneous articles worth over Rs 270 million were confiscated," the BSF DIG stated, presenting details of the recently conducted operations.

"In the series of such operations, he said, acting on specific BSF intelligence input, on December 28, 2021 in the evening hours, BSF troops successfully seized 29,580 Yaba tablets of estimated market value of Rs 1,47,90,000 near Indo-Bangladesh Border Fence, behind Lucherbari school under Anandpur, Sonamura, of Sepahijala district.Besides that, he added, on the intervening night of December 28 and 29 BSF troops also succeeded in seizing various other contraband items having collective market value of Rs. 15,78,138.Apart from that, the BSF troops also detained four Bangladeshi nationals and an Indian tout from Srimantapur border outpost area.

"Further, on specific BSF intelligence input, troops of Srimantapur (BOP) foiled a trans-border infiltration attempt and apprehended four Bangladeshi Nationals along with an Indian tout. During preliminary questioning, they revealed their identity as Abdul Jalil, Helena Begum, Baby Akhtar, Md Jakharia, all residents of Surjya Nagar, under Bangladesh`s Commilla district. An Indian tout Rafikul Islam was also detained during the same operation. An FIR has been lodged and all the apprehended persons were handed over to the local police", he added.