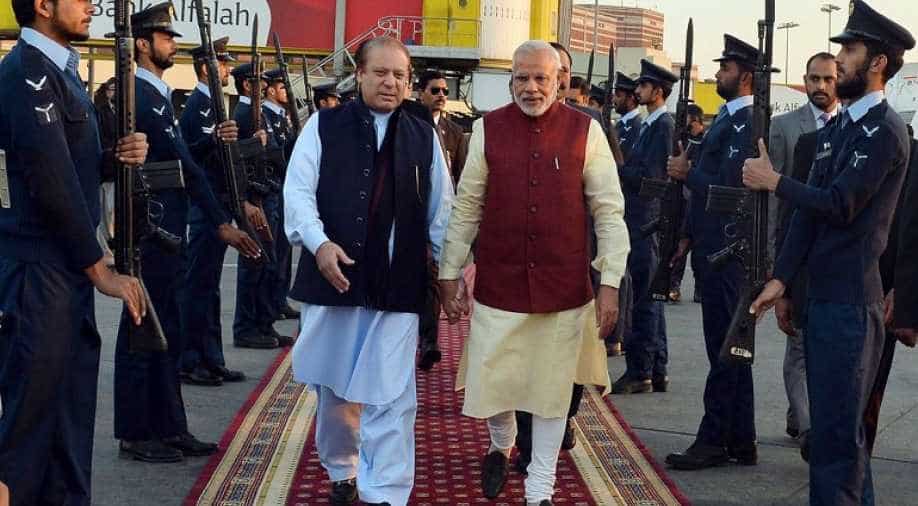 PM Modi is known for his signature shots - grand gestures which have the ‘Modi hallmark’. The day May 26th, 2014 was no different.

The red carpet was laid out on this day 4 years ago – the day of Modi’s coronation as prime minister.

It was also a moment to play diplomacy and engage in the Great Game, after all a party had come to power with one of the biggest majorities in Indian parliamentary history and it was the time to set the agenda.

Modi, still a PM-designate made a diplomatic coup of sorts by inviting Pakistan prime minister Nawaz Sharif to his inauguration which was widely seen as a political masterstroke and hopes of peace once again echoed in the sub-continent.

As PM Modi took over the reins of power at New Delhi, equations in Islamabad was changing too – as was always the case with the Army playing a key role.

During Manmohan’s Singh’s tenure, India and Pakistan had an off-again and on-again relationship.

In the initial years, Pervez Musharraf had travelled to New Delhi engaging in “cricket diplomacy” however as Musharraf was forced to give up power and a civilian government came to power, India’s equation with Pakistan began to undergo subtle changes.

Then came 26/11 and attacks on Mumbai by Pakistan’s “non-state” actors and things went downhill from there.

India stopped talking with Pakistan and during Manmohan’s second term Pakistan was almost always kept out of the picture.

As a grand foreign policy initiative, PM Modi played “stopover diplomacy” at Lahore in December 2015 to meet PM Nawaz Sharif while on his way back from Kabul.

The move is seen as the first attempt to kick-start India-Pak dialogue stalled since 26/11 created a media frenzy as both prime ministers did some chai pe charcha.

Then just days later came the Pathankot terror attack at India’s Air Force base on January 2nd, 2016 and relations nose-dived once again.

The final nail in the coffin was the Uri terror attack in J&K a few months later in September 2016 and India went ahead and refused to take part in the SAARC summit to be held in Kathmandu that year.

PM Modi’s government has been engaging in a war of words with Pakistan in what seems to be an unending game of one-upmanship in the sub-continental power game with no end in sight.

With just months for his tenure to get over and Pakistan elections near, PM Modi could be looking at another diplomatic coup to bring back Pakistan on the national agenda, although it may look a distant dream right now but for a prime minister who is used to think out of the box another trademark Modi miracle cannot be far away.