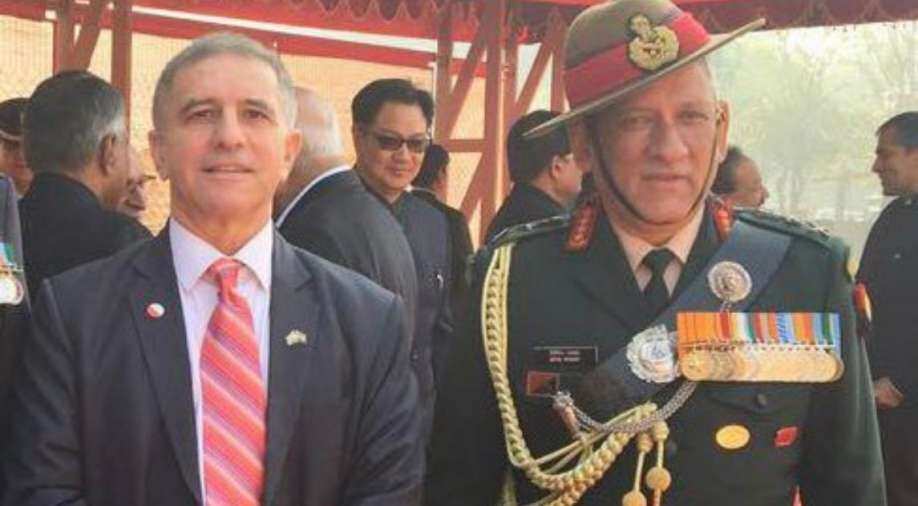 During his coversation with WION, Daniel Carmon recalled the interaction he had with with India's CDS Gen Rawat. (Credit: @danielocarmon). Photograph:( Twitter )

Tributes poured in from all across the world as former Israeli ambassador to India, Daniel Carmon, paid his condolences over the demise of General Bipin Rawat, his wife and other officials

Daniel Carmon, the former Israeli ambassador to India spoke exclusively to WION, recalling his interactions with India's Chief of Defence Staff General Bipin Rawat, who lost his life in a helicopter crash on Wednesday (December 8). Remembering his interaction with Gen Rawat, Carmon paid his condolences and expressed grief over the tragic accident.

While in conversation with WION correspondent Jodie Cohen, Carmon said, "Yesterday [December 8] was a very sad day for India. I must say, for all the people in Israel who knew him personally and acknowledged the very important defence relationships between India and Israel. It was very sad to lose a friend, a partner and someone who had been following and promoting the very important defence relations between both countries."

During his conversation, Carmon said, "I had the honour while serving in Delhi to meet Gen Rawat more than once, even once at his home and had the opportunity to have a lengthy discussion with him on so many issues not only related to defence."

"I met a very strong leader, someone who is very dedicated to his country, to his nation, to his people. It really makes me sad to hear about this tragic accident when he and his wife and other officials were killed.

Tributes poured in from all across the world as Minister of Foreign Affairs of the State of Israel, Yair Lapid tweeted, ''On behalf of the people of Israel, I extend my deepest condolences to the people and government of India on the loss of Chief of Defence Staff General Bipin Rawat, his wife, and the 11 other military personnel lost in today's tragic accident.''

US Secretary of State Antony Blinken tweeted, ''My deep condolences on the deaths of Indian Chief of Defense Staff General Rawat, his wife, and colleagues who perished in today’s tragic accident. We'll remember Gen. Rawat as an exceptional leader who served his country and contributed to the U.S.-India defense relationship.''