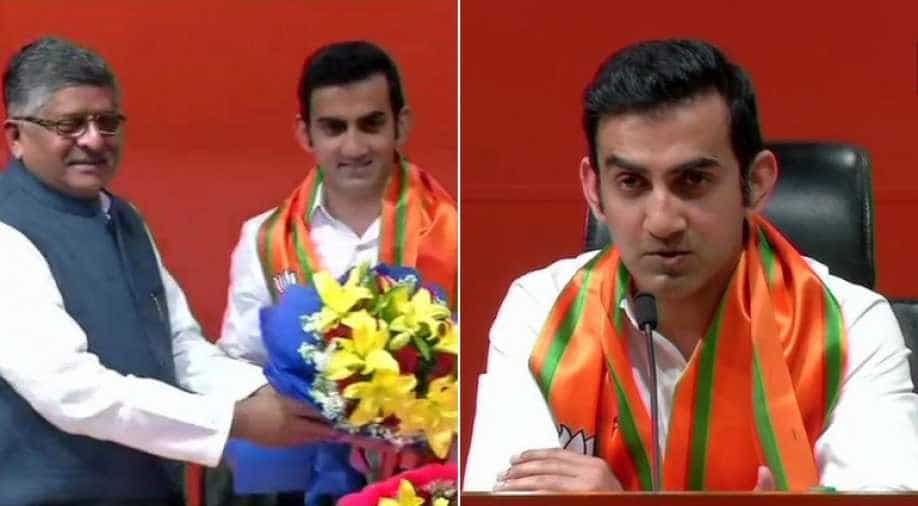 BJP sources said Gambhir may be fielded from the New Delhi constituency.

The announcement was made in the presence of Union Ministers Arun Jaitley and Ravi Shankar Prasad.

BJP sources said Gambhir is likely to be fielded from the New Delhi constituency, currently represented by Meenakshi Lekhi.

However, a final decision is yet to be taken, they added.

After joining the party, Gambhir said, "I am joining this party(BJP) after getting influenced by PM Narendra Modi's vision. I am honoured to get the opportunity to join this platform."

Earlier this month, Gambhir was honoured with the Padma Shri award for his contribution to the world of cricket.

In his cricketing career, Gambhir earned 58 Test caps and scored nine centuries and 22 fifties in the Test format.

The left-handed batsman announced his retirement in the year 2018 after completing 10,000 runs in List-A cricket.