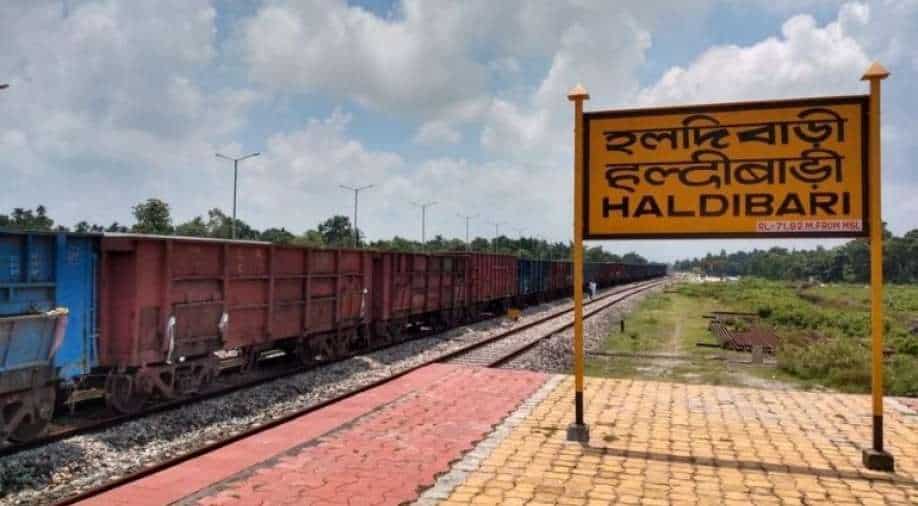 As India-Bangladesh connectivity firms up, a goods train from Haldibari in India reached Chilahati in Bangladesh on Sunday. The rail link brought with it construction material, and heralds commercial engagement between the two sides. The service between the two sides is expected to be around 20 times per month.

The Haldibari-Chilahati rail link was inaugurated in December 2020 during a virtual summit between PM Modi and Bangladesh PM Hasina. On the inauguration day, a goods train was flagged off by the Railway Minister of Bangladesh, Md. Nurul Islam Sujan, from Chilahati station.

Chilahati-Haldibari rail link will be used for passenger train service — Mitali Express. This train is on Dhaka-New Jalpaiguri-Dhaka route, which was inaugurated jointly by PM Modi and PM Hasina, during the latter's Dhaka visit in March. As of now, both countries are working on two rail links — the Karimganj/Mahisasan (India) – Shahbazpur (Bangladesh) rail link and Agartala – Akhaura (Bangladesh) rail link connecting Tripura and Bangladesh.

In addition to this, railways through which connectivity is being firmed up but via bridges, ports and inland waterways. March saw both leaders inaugurating a road bridge over River Feni in Tripura. In 2019, an agreement was signed for use of Bangladeshi ports of Chattogram and Mongla Ports, and for this, a trial run of trans-shipment of Indian cargo through Chattogram Port to Tripura was conducted in July 2020. The second addendum to Protocol on Inland Waterways Trade and Transit (PIWTT), signed in May 2020, saw two more inland water routes being added that will link Tripura to National Waterways.