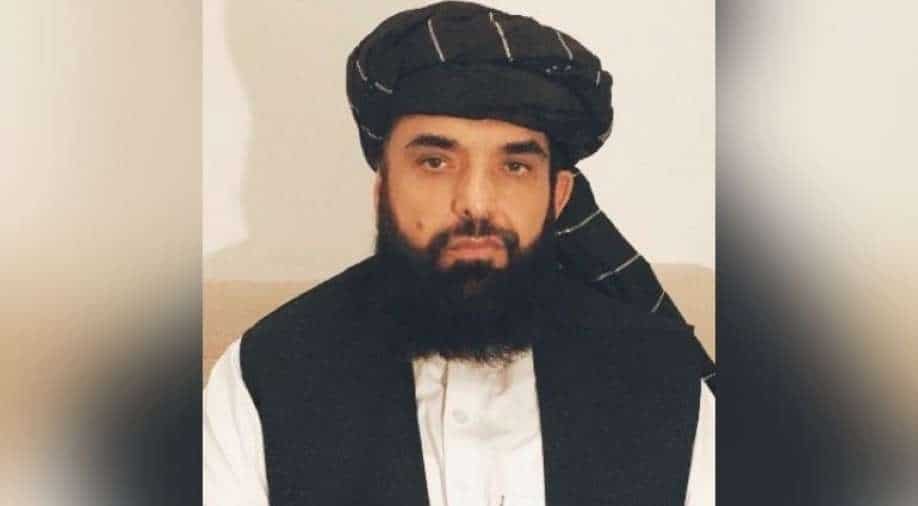 Taliban has conveyed a 'message' to terror groups like Lashkar-e-Taiba (LeT), Jaish-e-Mohammed (JeM) that Afghanistan's soil will not be used against 'any other country'.  Taliban's spokesman for International Media Suhail Shaheen has said that they 'don’t have any ties with' the two Pakistan-based terror groups

Taliban has said that it has sent a 'message' to international terror groups like Lashkar-e-Taiba (LeT), Jaish-e-Mohammed (JeM) that the soil of Afghanistan will not be used against 'any other country'.  Speaking to our diplomatic correspondent Sidhant Sibal, the Taliban's spokesman for International Media Suhail Shaheen has said that they 'don’t have any ties with' the two Pakistan-based terror groups.

Last week, Afghan President Ghani said intelligence estimates indicate the influx of over 10,000 Jihadi fighters from Pakistan and other places in the past month. This even as the Taliban is making rapid territorial gains.

Sidhant Sibal: Are Taliban and India talking? Having some kind of engagement at any level. Any back-channel communication between the two, if yes, how?

Suhail Shaheen: I can’t confirm reports about the Indian delegation meeting with IEA seniors. It has not happened.

Suhail Shaheen: We have clearly sent a message to all that we are not allowing anyone to use the soil of Afghanistan against any other country. We don’t have any ties with them. About India, it is essential for them to remain impartial in the Afghan issue and not to support a moribund regime that is killing its own people day and night by drones, airplanes strikes, and weapons received from foreign countries.

Sidhant Sibal: How do you see India's development projects, capacity building projects. Can you assure them they will be protected? Recently, 16 security personnel were killed in a Taliban attack near the Salma dam in Herat?

Suhail Shaheen: Protection of national projects like dams is an IEA or Islamic Emirate of Afghanistan policy. We have announced this policy more than once. However, Indian military hardware assistance to Kabul, which ultimately end up in killing innocent Afghan people, is hostility towards the Afghan people. This is bad for India’s image in the eyes of the Afghan people and makes a hostile perception. It is for them to review their position.

Sidhant Sibal: India has been saying gains of the last 20 years, like women's rights, minority rights, rights of Hindus, Sikhs should not be impacted? How do you see that, plus, will the rights of minorities be protected? or will they have to flee home to take refuge in India? A large number have already come to India.

Suhail Shaheen: We are committed to the rights of minorities in Afghanistan and they have equal rights like other Afghans. Similarly, we admit all basic rights of women including access to education and work in the light of our Islamic rules. Moreover, there is no security issue for any Afghan citizen intending to lead a normal life in the country.

Sidhant Sibal:  How do you see the current situation in Afghanistan with violence being increased by Taliban fighters? Do you plan to create an Islamic emirate in the country?

Suhail Shaheen: Talks are underway in Doha currently. We hope to reach a peaceful solution through talks and form an Afghan inclusive Islamic government where all Afghans can participate.