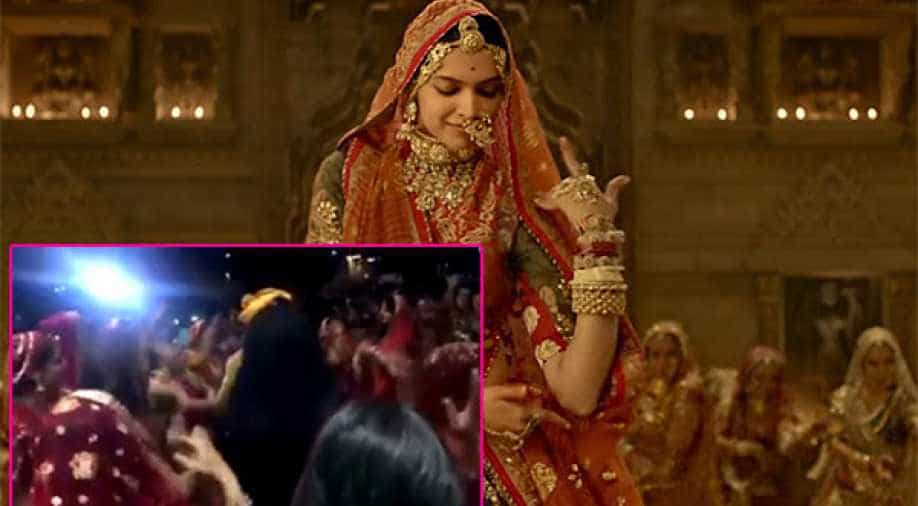 Establishing itself as a box-office record-breaker, Sanjay Leela Bhansali's epic film Padmaavat has already earned Rs 114 crores within the first four days of its release in India while running to its full capacity in several theatres across the United States in both standard formats as well as IMAX 3D.

A hit among the desi crowd as well as foreigners in the US, the glorification of Rajput culture has struck a chord with people who identify with Indian culture and its heritage.

Trade analyst Komal Nahta on January 30 shared a video where Indian families came to watch Padmaavat dressed in Rajput finery. In the video, women can be seen decked up as Rani Sa Deepika Padukone in lehengas and jewellery while also doing the Ghoomar dance before the show began.

Nahta tweeted and captioned it: "San Francisco Bay Area families bought a whole show of the movie theatre (in Sunnyvale, California) to see Padmaavat and there was a dress code – “Everyone should dress like Padmavati. And before the show, there was this dancing”.

San Francisco Bay Area families bought a whole show of the movie theater (in Sunnyvale, California) to see Padmaavat and there was a dress code - "Every one should dress like Padmavati." And before the show there was this dancing ???????? pic.twitter.com/PKkEdbLXGx

The film was the highest single-day grosser in North America earning 1.8 million dollars on Saturday i.e. January 27th. It is also doing well in Australia and New Zealand.

On January 28, during the halftime of an NBA game, cheerleaders performed on the Ghoomar song to a cheering crowd. The video of their dance gone viral and the audience can be seen cheering the dancers. The match was
between Charlotte Hornets and Miami Heat.