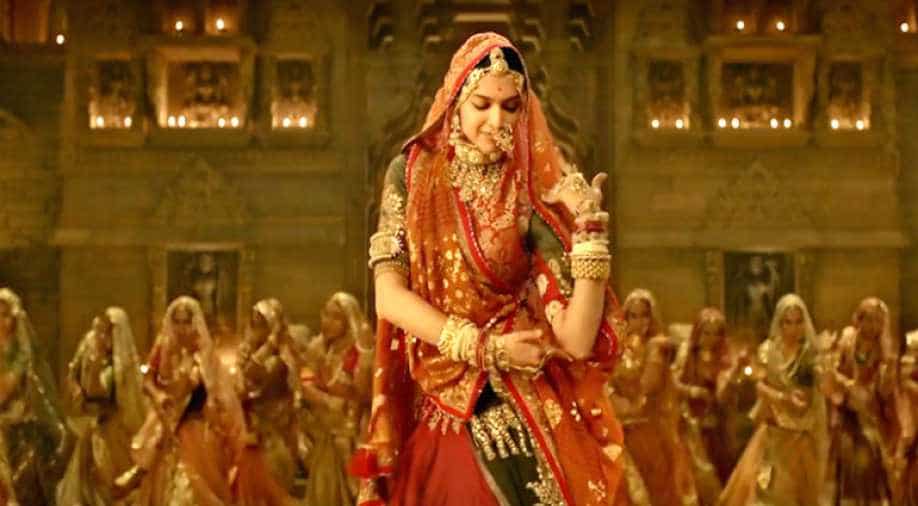 Deepika Padukone in a still from the Ghoomar song. Photograph:( Others )

Padmaavat is clearly making an impact worldwide. While the film is running to packed theaters in most parts of the country, the film is being lapped up by the international audience as well.

On 28th January, during the halftime of an NBA game, cheerleaders performed on the Ghoomar song to a cheering crowd. The video of their dance gone viral and the audience can be seen cheering the dancers. The match was
between Charlotte Hornets and Miami Heat.

Here, have a look.

The film and the song have been mired in controversy for a long time. A school in Madhya Pradesh was vandalized a few weeks back because the students danced to the popular song. Mulayam Singh Yadav's daughter in law was called a 'Nachaniya' the Karni Sena when she had danced at her brother's wedding on the same song. Incidentally, the song had to be modified after the CBFC gave certification. Deepika Padukone's midriff was covered via VFX as former royals opposed the earlier version of the song.