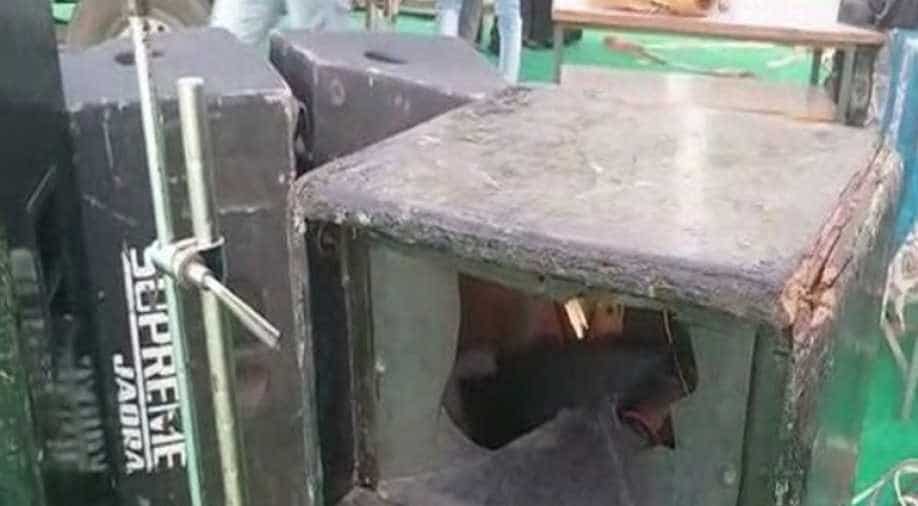 Members of the Karni Sena allegedly destroyed school property while the performance was going on. Photograph:( ANI )

A student was injured after members of the fringe group, the Rajput Karni Sena, vandalised a school in Madhya Pradesh's Ratlam on Monday for performing a song from the film "Padmaavat".

The students from grades one to five of the Saint Paul's Convent School were performing the song "Ghoomar" from the Sanjay Leela Bhansali-directed film at their annual day function.

Members of the Karni Sena allegedly destroyed school property during the performance. The police were informed about the incident and reached the spot to investigate. A student was injured in the ensuing quarrel.

The Rajput Karni Sena is vehemently opposed to "Padmaavat" and alleges that the film distorts historical facts and shows Rajput legacy in bad light, a fact that Sanjay Leela Bhansali has repeatedly denied. Its members had previously vandalised the film's sets in Jaipur.

Madhya Pradesh chief minister Shivraj Singh Chouhan has banned the film from releasing in the state.

The film is up for release on January 25.