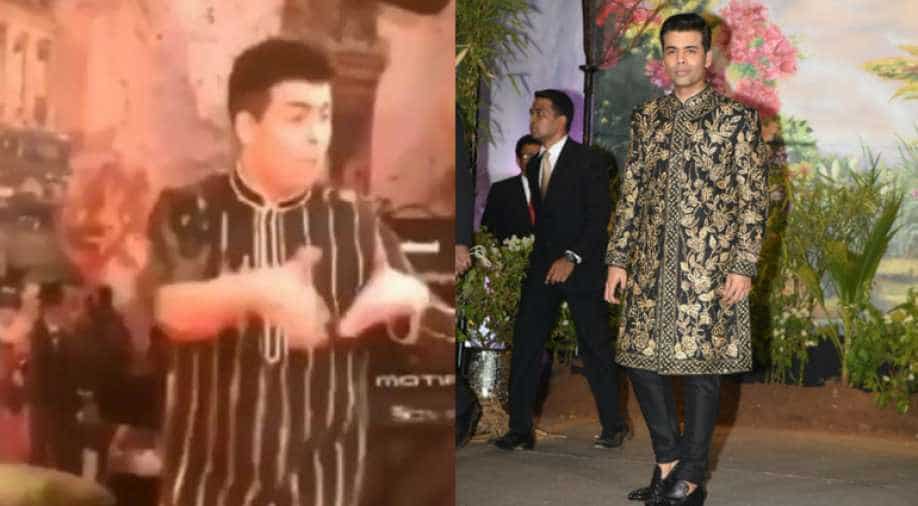 Karan Johar has got the moves! The director set the stage on fire at Sonam Kapoor and Anand Ahuja's wedding reception party.

The popular filmmaker, dressed in a black and gold sherwani, danced to some of the popular numbers from his films as well as Sonam's.

The filmmaker danced like there was no tomorrow amid loud cheers from the audience.

The event also saw some of Sonam's friends and cousins putting up an act which was choreographed by Farah Khan.

Other performances of the night included Arjun Kapoor and Anil Kapoor dancing to 'One Two Ka Four'and 'Dil Mein Ghantiya'.

The two were later joined by SRK, Ranveer Singh, Salman Khan and Varun Dhawan on stage.