Twitter lashes at Kangana Ranaut, Jim Sarbh over a rape 'joke' in Cannes 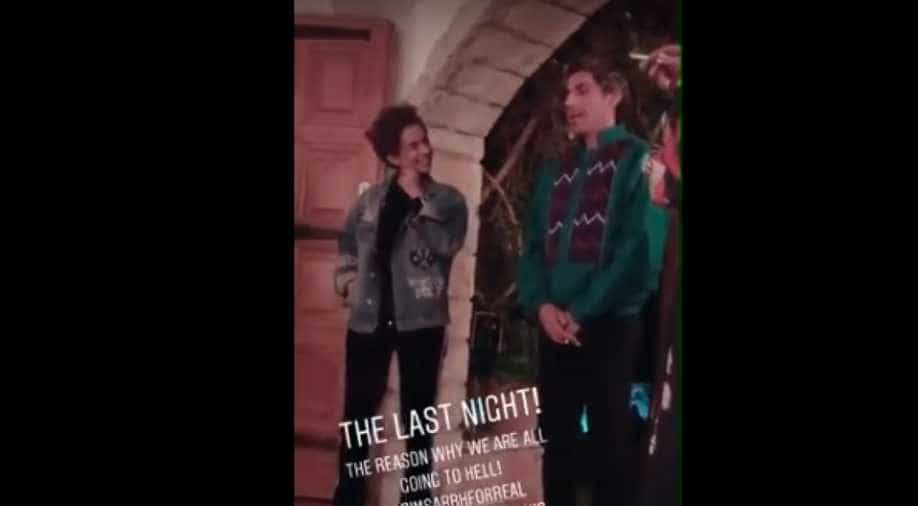 Kangana Ranaut and Jim Sarbh who were seen hanging out together during the Cannes Film Festival in France are now caught up in the middle of a backlash as a video of them making light of the word ‘rape’ while narrating an incident has gone viral.

In a video shared by an Instagram user as part of a story showed Jim Sarbh of the fame Padmaavat narrating an incident while Kangana who stands beside him laughs at the joke along with the crowd in what looks like a pub.

Jim Sarbh can be heard saying, “I’d rather be raped by 12 prostitutes than touch alcohol and the Punjabi says ‘Me too, I didn’t know that was an option.’”

The Twitterati accused Kangana to be a hypocrite as she was one of the first few people who had earlier protested against Salman Khan’s Sultan rape comment during a press conference while she kept laughing to the rape joke that Jim cracked herself recently.

After this picked momentum, Jim Sarbh issued a statement: “Sexual violence is a serious issue and I treat it as such. It is unfortunate that my comments were taken out of context. I do not now nor have I ever condoned any form of sexual violence.”

He also added that he was only enacting parts of a play in a private space and that the video was recorded without his permission and taken out of context.

These are some tweets:

After Bashing #SalmanKhan #KanganaRanaut laughs on a rape joke by Jim Sarbh
These almost ppl...think it’s okay to joke n laugh about rape.We live in a society that teaches women to defend themselves from rape, instead of teaching men not to rape women n they laugh!
Shame on u! pic.twitter.com/CmH21MQaAg

Jim Sarbh is cancelled.
One. He made a hideous joke and included a vital thing called 'Rape'
Two. he included 'prostitute' in that "I would rather be raped by 12 prostitutes..." are you freaking kidding me ? you just stated that they are as equal as Rapists ?
Go get a life man