Telugu actress Sri Reddy strips, alleges Rana Daggubati's brother forced her to have sex with him 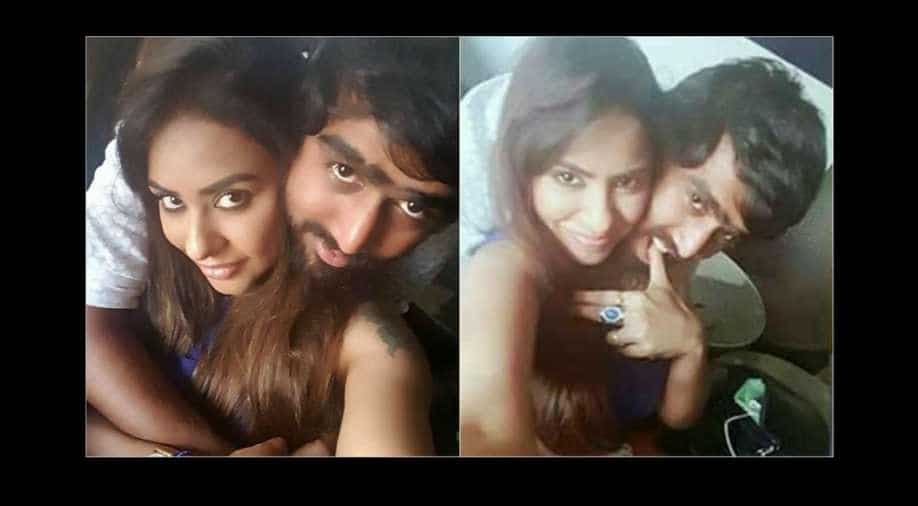 Telugu actor Sri Reddy has accused producer Suresh Babu's son Abhiram Daggubati of sexually exploiting her. She also shared intimate pictures with Abhiram on her Twitter account, claiming that the latter forced her to perform sex with him in exchange for casting her in films.

It all began on Saturday when Sri Reddy stripped in front of the Telugu film chambers to protest against sexual harassment and casting couch in the industry. When asked for the reason, she revealed that she didn't get roles despite sending nude videos to the filmmakers. The actor also claimed that that she was asked to vacate her house post her stripping act.

As the controversy took steam post her stripping act, Sri Reddy then went on to claim that the one of the top producer's son used to force her to have sex with him in the studio. At that time, she didn’t reveal the name of the producer but then went on to establish that she was talking about Suresh Babu's son Abhiram Daggubati. Post her claims, she shared private pictures of her with Abhiram.

In an interview with a leading publisher, Sri Reddy said, "I am a victim. One of the producer's sons used me in the studio. Studio belongs to the government (but) they have assigned the property to the guy. Why is the government giving studios?"

Also see: After stripping in front of MAA office, Sri Reddy now faces a ban from the association

This is what she posted:

In another interview, she said, "Suresh Babu’s son cheated me so badly. Studio belongs to the government and it is meant help and support people. He took to the studio and f**ked so badly.”