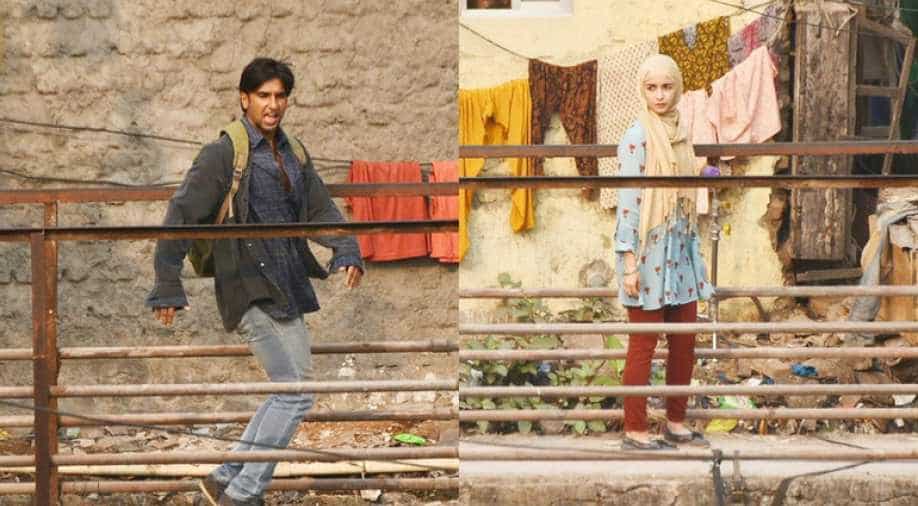 Ranveer Singh and Alia Bhatt are teaming up together on the big screen for Zoya Akhtar's Gully Boy. The filming has just begun and the first look has got us very intrigued about the project.

The duo, along with the director and the film's crew, began shooting at Mumbai's Dharavi slums from Sunday onwards. Ranveer was seen dressed in a plain grey shirt and blue denim and was carrying a backpack, Alia was seen wearing a headscarf, brown pants and blue tunic.

Alia Bhatt and Ranveer Singh spotted shooting for Gully Boy at Dharavi slums in Mumbai on Monday. Director Zoya Akhtar can also be seen in the photo. Photo by Yogen Shah (WION)

While the story of Gully Boy is under wraps, reports suggest that Ranveer is playing a rapper.

Produced by Farhan Akhtar and Ritesh Sidhwani, the film is likely to release in the later part of the year.