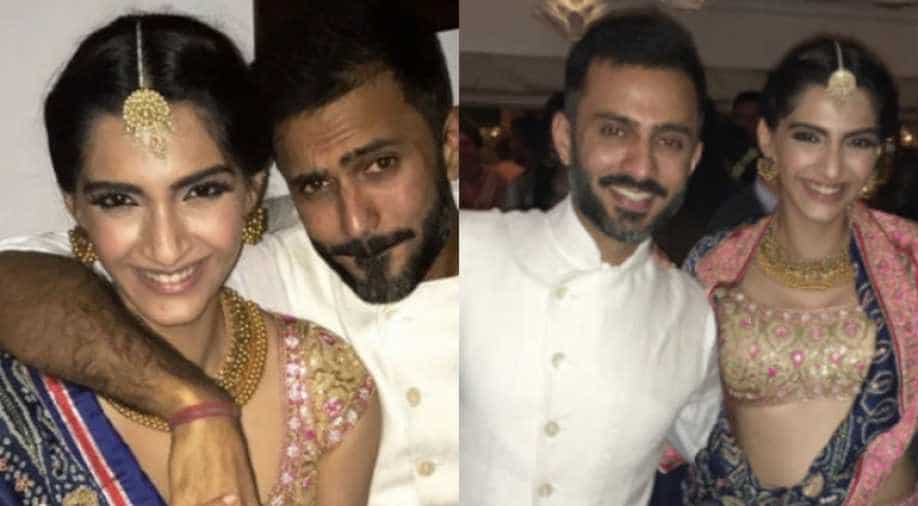 As per the e-card, their wedding functions are spread over two days with their families hosting three functions for the young couple. There will be a Mehendi function on 7th May at Suntek Signature Island, BKC where the guests have been asked to come dressed in shades of white instead of the regular greens and yellows we usually see at an Indian wedding.

The next two functions are on 8th May as the couple gets married in the morning at Sonam Kapoor’s aunt’s bungalow followed by a wedding party for the industry’s whos-who. Like the previous day, there are also prescribed dress codes for the guests who have been asked to come dressed in Indian attire or western formal.

The cards are a beautiful pastel green in colour with a clean and simple layout. It was reported earlier that both Sonam and Anand believe in paper conservation and would not be sending out elaborate wedding invites and instead will opt for e-cards that will be sent on people’s phones. Families of the bride and groom ended speculations about their wedding yesterday when they announced that the couple would tie the knot on May 8. They also said:  “Since it is an intimate affair, we request you to respect the family's need for privacy. Thank you for all your blessings and love, as we celebrate this special moment in our lives.”