Meghna Gulzar on 'Raazi': To show India as good, we don't have to show others as bad 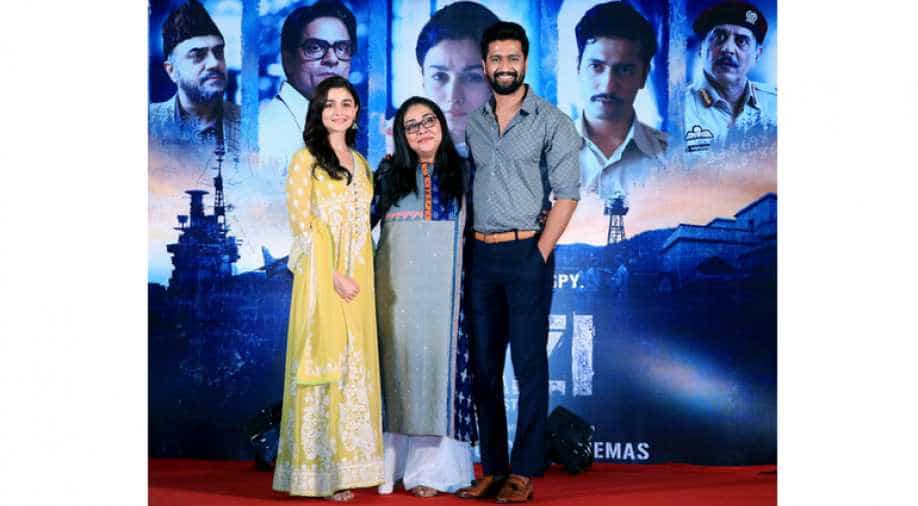 It's barely been a week since Meghna Gulzar's film Raazi hit the theatres but the film has already garnered Rs 50 crores (and counting) and been lauded by masses as well as critics alike. Starring Alia Bhatt and Vicky Kaushal, the film a story of an Indian spy in Pakistan in the most unbiased way possible.

The film cast and crew spoke to media person at the film's success bash and director Meghna Gulzar said, "It was our intention to show what we wanted with simplicity and truth for which we didn`t have to become preachy or develop a propaganda. The story was such that we did not need these additional traits." Meghna was quizzed as to why she did not show Pakistan in a bad light. "Because they are human too, they are just like us. And to show ourselves good we don`t have to show others bad or evil." The film has not only cemented Alia's position at the top but has also catapulted Vicky Kaushal in the big league of actors. Kaushal in an earlier interview had mentioned that how he enjoyed playing Iqbal's character.  "To try breaking the quintessential mould of the Army guy and the Pakistani guy. When we mix the two, an image always emerges - he would be crude, shrewd and a fanatic. Iqbal's character breaks the image. That was the beauty of this role," the actor was quoted as saying.

Now that he has gained popularity, does he feel the pressure? "If there are expectations and pressure from the audience then it means they care for you. It is a good thing, I take it as a positive thing," Vicky said. Star of the moment, Alia Bhatt said that to play Sehmat and show her vulnerable side was challenging. " In this film, I needed to be mad about the character and when your director gets and loves your madness, there's nothing better than that. How vulnerable an actor feels in front of the camera, especially while playing a character like this...

"It's like being surrounded by fire and you can feel the heat even when you are aware that it's not there," Bhatt said. Meghna's father, the legendary poet and writer Gulzar, was also present at the success bash. Gulzar, who has penned the lyrics of the film's songs, said that, as a father, nothing is bigger than to be in the midst of his daughter's audience, which made Meghna teary-eyed.