Watch: Madhuri Dixit and Renuka Shahane's impromptu dance will take you back to the '90s 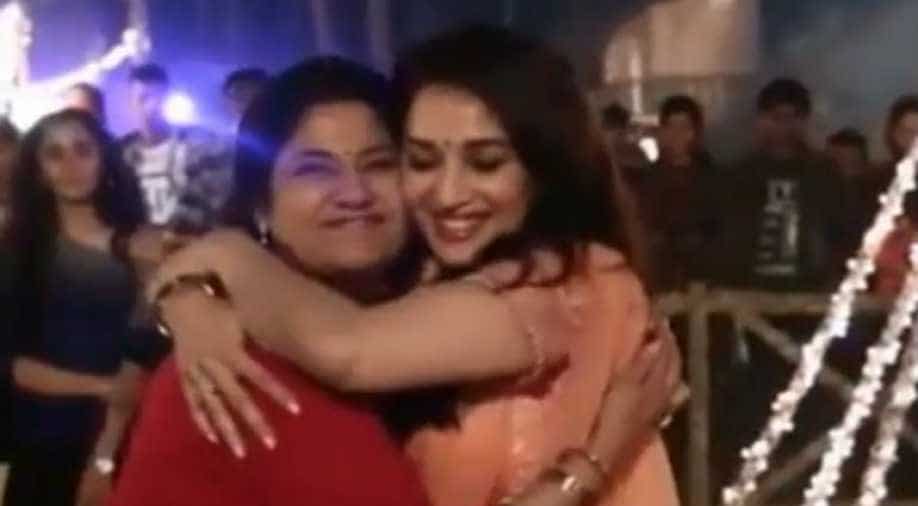 Madhuri Dixit  and Renuka Shahane took fans down the memory with their impromptu dance on the sets of their new film 'Bucket List'. A video that was shared by Dharma Productions and Karan Johar (co-producers of Bucket List) shows Madhuri and Renuka dancing to 'Lo Chali Main'- a song from 'Hum Aapke Hai Koun' which featured the two actresses as sisters. The original song also featured Salman Khan along with the two actresses.

More than two decades later, the two actresses are uniting on screen for Madhuri's debut Marathi film 'Bucket List' which is slated to release this Friday.

Needless to say, the video has gone viral, since.

Madhuri revealed in a tweet that this was their way of motivating the crew during a night-long schedule.

When work is fun! ?
Things we do to keep everyone motivated on the sets of #BucketList after a long night schedule. And some bonds never grow old! @renukash ♥ @BucketListFilm is releasing next Friday, 25th May. Mark your calendar. https://t.co/dBSMZcJdcL

Renuka added that it was taken on the last day of their shoot together.

Awww @DharmaMovies thanks for sharing❤ This was after an entire night of shooting on our last day of the #BucketList shoot together @MadhuriDixit ?❤❤❤ so many beautiful memories past(#HAHK) and present (#BucketList)??? https://t.co/sxq292tjhu

In 'Bucket List', Madhuri plays Madhura Sane, a housewife, who fulfils her heart donor Sai's wishes by checking things off her bucket list.